One of the joys of birdwatching is to see birds performing any of the fascinating, and often remarkable, behaviours that they sometimes indulge in. If you want to find out more about those behaviours, the best place to look is undoubtedly in those fantastic books, the Birds of the Western Palearctic. This is the only place where all the known displays of each species are described, and interpreted, in some detail, and supported by line drawings showing birds in their unusual display postures.

Of course, all those descriptions and illustrations are also available on BWPi, the interactive version of BWP which includes the content of all 9 volumes of the Handbook and both volumes of Concise BWP. What makes BWPi even more special is that it also includes video clips and sound recordings so that, in many cases, you can actually watch birds on your computer screen, performing the behaviours that are described in the books.

Even better, there is now a supplementary disk, BWPi 2006, which adds even more video footage to what is already on BWPi, including many sequences of bird behaviour that make fascinating viewing. Here are some examples of video clips in BWPi 2006 that show the details of bird behaviour better than any written description or line drawings:

Vultures squabbling at carcases: this sequence shows the sometimes comical antics of Black Vultures as they establish their rights in the 'pecking order' by chasing each other (and nearby Griffon Vultures and Egyptian Vultures). 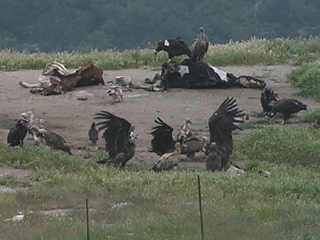 Levant Sparrowhawk gathering nesting material: this sequence shows a female making several attempts to snap off a twig and carry it away without dropping it! 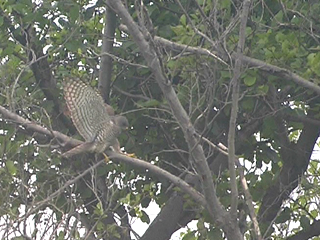 Sparrowhawk 'Slow-flapping display': this sequence enables you to watch exactly how slow and how deep the wingbeats are when Sparrowhawks are displaying. 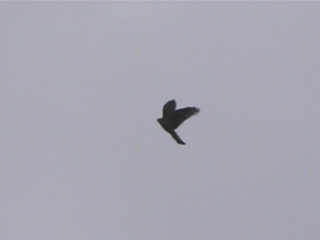 Pheasant 'lateral-display': this display is the closest thing we have in Europe to the tail-spreading display of a male peacock. This video clip actually shows four examples of a male pheasant leaning over sideways and spreading both his wings and his tail to impress the nearby female. There are also other video clips showing pheasants wing-drumming and even fighting. 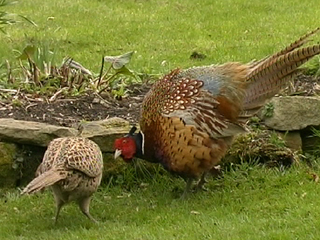 Houbara Bustard display: this is arguably the most bizarre display of any species in the Western Palearctic, captured here on video for you to enjoy and, literally, laugh at. 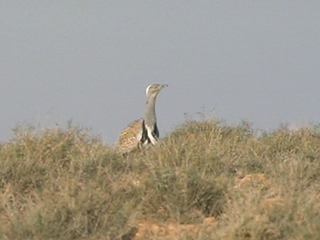 Little Ringed Plover distraction display: this is the wing-flapping display that many ground-nesting birds use to distract predators away from their nests or young. The wing-flapping not only catches the attention of the predator, it also gives the impression that the adult is injured and would be easy to catch. The predator makes a lunge for 'injured' adult while the chicks escape in a different direction. 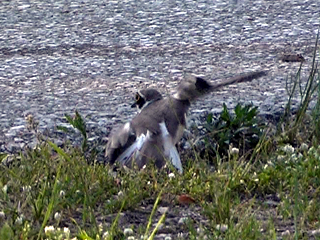 Red-necked Phalarope pre-copulation display: this involves two or more birds pirouetting in unison like synchronised swimmers. Although this is described in BWP, it is suggested that its purpose may be more to do with gathering food than displaying, yet this sequence clearly shows that it is done as a prelude to copulation. 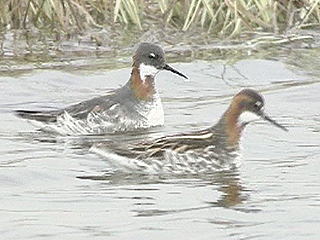 Ruff fighting: sorry about the quality of the freeze-frame but Ruffs fight with such ferocity that their actions seem almost a blur. However, as with any video clip on BWPi, you can study the footage frame-by-frame if you really want to work out what is going on. 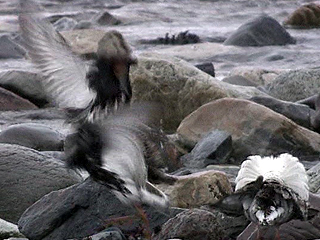 Arctic Skua chasing Kittiwakes: here's a chance to watch an Arctic Skua trying to pinch food from Kittiwakes. A Common Gull joins in too (one pirate trying to outwit another?) and there are Eiders calling in the background. Another clip shows the bowing display of an Arctic Skua. 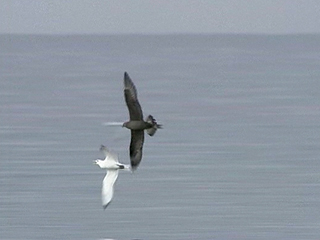 Black Guillemot 'strut-and-circle' display: the male encircles the female who keeps turning as if to prevent him approaching her from behind. There's another clip showing a similar action between two birds on the water and a further clip shows two birds 'bill-fencing'. 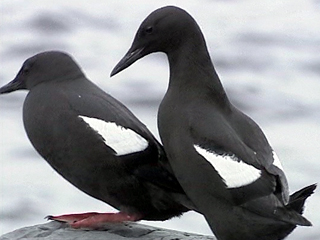 Red-necked Nightjar singing: this sequence shows the movement of both the white throat patch and a slight dropping of the wings with each burst of its 'kottock' display call. 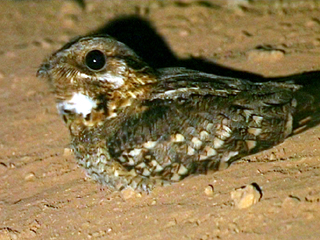 Roller display flight: there would be no point in Rollers having brilliant turquoise patches on the wings if they didn't have some way of showing them off. This sequence shows a Roller setting off from a prominent branch then flopping over in flight to show first the underparts, then the upperparts and repeating this several times as it performs dives and loops. 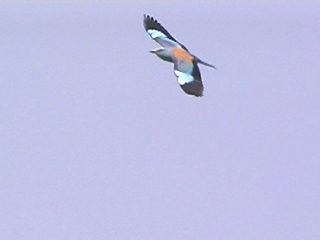 Dupont's Lark singing from the ground: this footage of a Dupont's Lark singing in broad daylight, supplements the shot we already had of a bird singing during a display flight. Other shots show this species feeding on ants, crouching (sunning?) and running between bushes in a manner that often outwits birdwatchers! 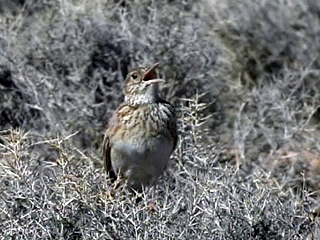 Woodchat Shrike feeding on impaled prey: shrikes are known as 'butcher's birds' because of their habit of keeping a 'larder' of prey impaled on the hooks of thorn bushes. This Woodchat Shrike has managed to impale a bird that is almost as big as itself and is now trying to get at the flesh that's underneath all those feathers. Can you identify the victim? 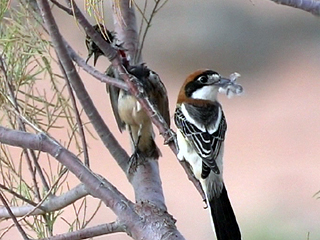 Rufous Bush Robin tail-raising and wing-flicking: here's a chance to watch the characteristic movements of this species. 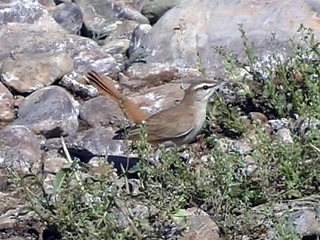 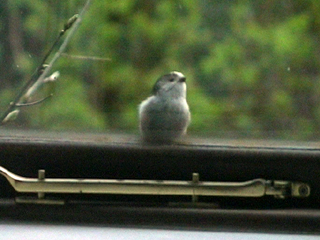 All of these video sequences are available on BWPi 2006, a DVD-ROM disk which supplements BWPi (you need to have BWPi already, in order to run the supplementary disk). To find out more, go to: