In the late 1950s I was teetering on the brink of exploring teenage romance, and also trying to pass my driving test. I had yet to achieve either, but my fantasy was to combine both.

My reality was birding around Birmingham on my racing bike. Although exhilarating, it was definitely NOT a bicycle made for two. Neither was bragging about maximum numbers of Tufted Duck or Mallard the way to woo fair lady, or indeed impress most blokes.

However, I knew of a place that would surely impress anyone, irrespective of gender, age or interests: the New Grounds at Slimbridge by the tidal River Severn – the HQ of the Wildfowl Trust.

It was not only Sir Peter Scott's dream, but also mine, and that of many other visitors both avian and human. Some people had dubbed it a birdy equivalent of Disney World, while Scott himself likened it to: "An avian Serengeti, but with two Peregrines standing in for the lions." It was here that I hoped to make a day trip, first petting wildfowl and then my girlfriend. 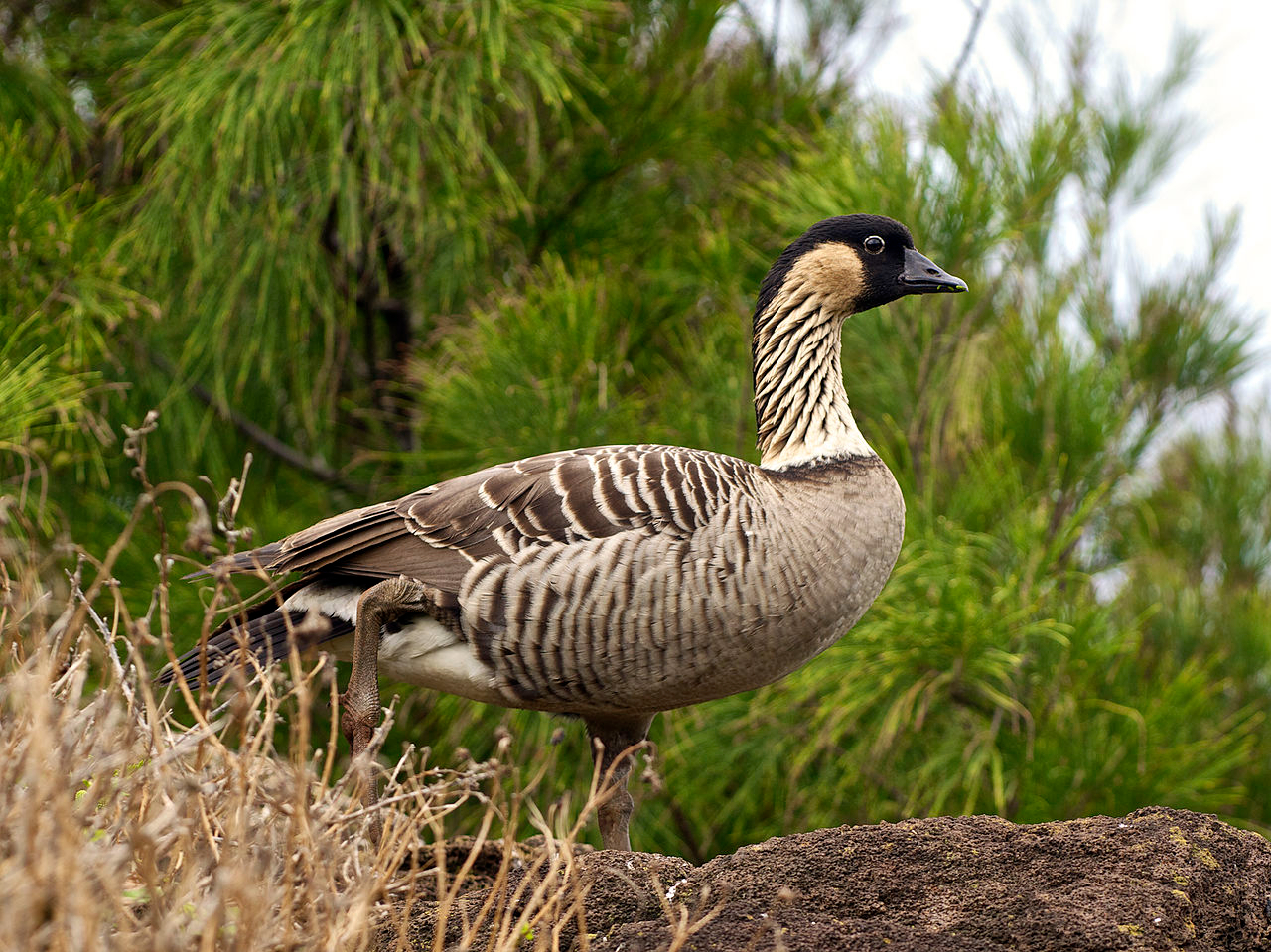 Nene were some of the first captive species Bill saw during an early visit to Slimbridge in the late 1950s (Jorg Hempel).

Alas, I had no way of getting to either the Serengeti or Slimbridge. By the early 1960s I still hadn’t got a car or passed my driving test. But my father had just got his first car – a second-hand sporty black MG. Surely not an appropriate vehicle for a 50-year-old chartered accountant? But he was proud, and I was hopeful.

I suggested a test drive down the new M5 motorway, which connected Birmingham to the South-West. I appointed myself master of the OS map: "Just keep straight on towards Bristol."

"Then turn round and go back home?"

"Not immediately," I said helpfully, "there should eventually be a sign to somewhere called Slimbridge."

"Bill, this wouldn’t be a anything to do with birds would it?"

"Well sort of," I admitted. Dad pointed out another sign with a silhouette of a duck on it, and an arrow to 'The Severn Wildfowl Trust.' I was sussed.

"Bill, is this Peter Scott's place? I read a piece about it in the Birmingham Mail. I didn't realise it was such a short drive now, thanks to the M5."

At which point I yelled: "Geese! Dad! Stop! Geese!" The MG shuddered to a halt and I scanned through a field full of geese. Ten minutes later I had to admit that they weren't actually wild – a bloke scattering seed to the birds waddling behind him was a bit of a giveaway.

"Grey legs? But they've got pink legs, so why aren't they called Pink-legged Geese?"

"Cos there's another species called Pink-footed Goose. There's a small flock over by the gate. But they'll be captive, the same as that Snow Goose and those Red-breasted Geese. Dad, are you sure you're not getting bored?"

"No, it's not boring, but it's not quite what I expected. Peter Scott is an incredible man, you know. Olympic yachtsman. Had his own TV series. And created this zoo."

"Dad, it is not a zoo. It is a collection of endangered species. Some of them are almost extinct. Like Hawaiian Geese, from ... "

"They call them Nenes."

"What does that mean?"

"No idea. Presumably it's Hawaiian."

At which point, flippant Dad turned into responsible father. "Bill, wouldn't you like to meet Peter Scott and talk about stuff?"

Dad skittishly pointed out a young woman in an anorak, woolly hat and wellies. She was guiding a lively collie, whose job seemed to be to lure wild duck into a large wire tunnel covering an oxbow lake – a duck decoy. The birds seemed mesmerised by the collie, which literally lured them into the trap like a sheepdog herds sheep. This was a duck dog. The woman's role was to catch and ring the wildfowl. The visiting public could watch the whole process, and were delighted at being so close to wild ducks. In days gone by they would have eaten them.

Father and son were duly intrigued, impressed and entertained. Wildfowl put on a heck of a show. Funny walks, bizarre noises, ingenious mating displays, all manner of shapes and sizes, some graceful or beautiful, and others – let's face it – a bit silly! Dad thanked me for the experience and I thanked him for the car ride.

This was not the end of the tale, though. I will explain more next time ...