Bill Oddie: I don't believe it!

One of the reasons I love dogs is that they come in all shapes and sizes. Well they do now, but they started out as the same wolf-shaped creature. Over the years, they were 'improved', not by a 'Creator', but by man's cunning manipulation, which has produced a huge variety of breeds from Great Danes to Chihuahuas. With respect to canines everywhere, not many modern dogs look natural. Because they are not.

Birds are even more variable in shape, size and colour, and come in a seemingly infinite variety, from hummingbirds to Ostriches. Wild birds were not bred by man, but I find it hard to accept that the natural world was made by a Creator. However, thousands – maybe millions – of members of creationist churches do believe that. What's more, 'He' did it in less than a week. To suggest otherwise creationists consider sacrilege, and the theory of evolution is considered not only claptrap, but also sinful. Time was when Charles Darwin was called an antichrist, and his meticulously researched books and theories the work of the devil. 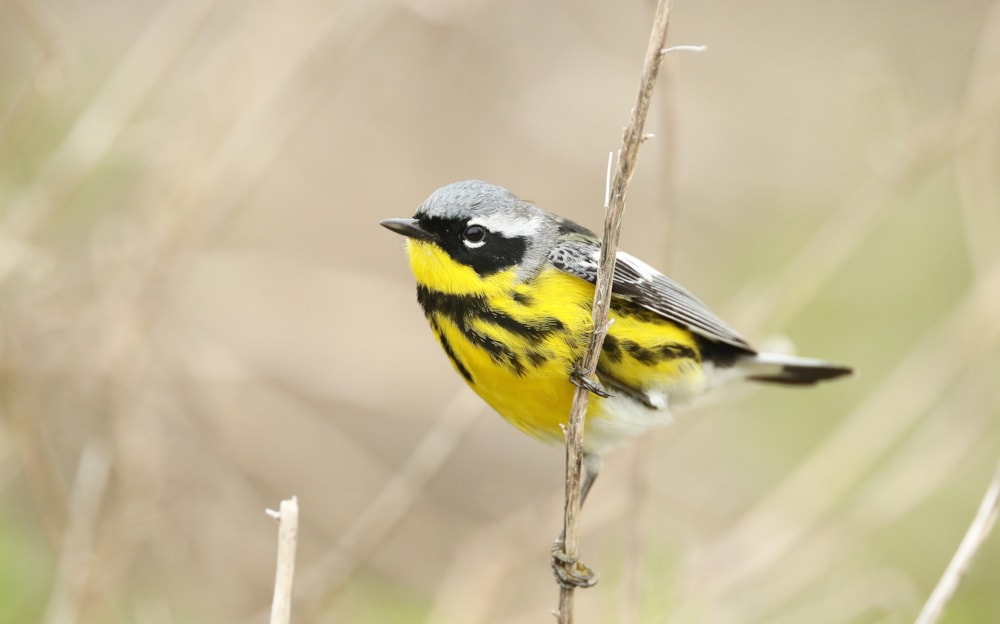 With their profusion of shapes and colours are the North American wood-warblers like this Magnolia Warbler proof of an all-powerful creator, or testament to the wonders of evolution? (Jon Mercer).

Nowadays, most of us – well those that think about it all – believe that Darwin got it right. The process of evolution obviously took a lot longer than six days. A few million years more like. Indeed, it was hardly obvious that it was happening at all. Charles must have had keen eyes to identify several different species of Galápagos finches when most of them look like female House Sparrows. Added to which, it is a heck of a leap from a sparrow or finch beak to a Shoebill, an Avocet or a Spoon-billed Sandpiper.

Just as sheepdogs and poodles started out as wolves, so too Great Bustards were once wrens and hummingbirds became vultures. "Unbelievable!" you might say, for indeed so it seems. Moreover, answer me this: why do certain plumages patterns and colours occur on entirely different continents?

If you happen to be in a park in Buenos Aires, you might see a small bird hopping around that has chestnut upperwings and a head pattern of black-and-white stripes. Your mind might flit back to Shetland in May or Scilly in October. Shuffling along in a furrow is a bird that also has russet upperparts and a black-and-white head pattern. It is a Rustic Bunting and is a dead ringer for Rufous-collared Sparrow. Look 'em up in the books. Will they, I wonder, eventually evolve into one another? Or has it already happened? Where, how, why?

It is generally accepted that the purpose of evolution is to improve a species' prowess at the Three Fs: feeding, fighting and another F word that I can't mention here. Take those Galápagos finches. Each has a beak designed to get at its favourite food, most ingeniously the Woodpecker Finch that – lacking a long bill – uses a small stick or cactus spike to spear bark-loving insects. How long did it take to learn that trick? 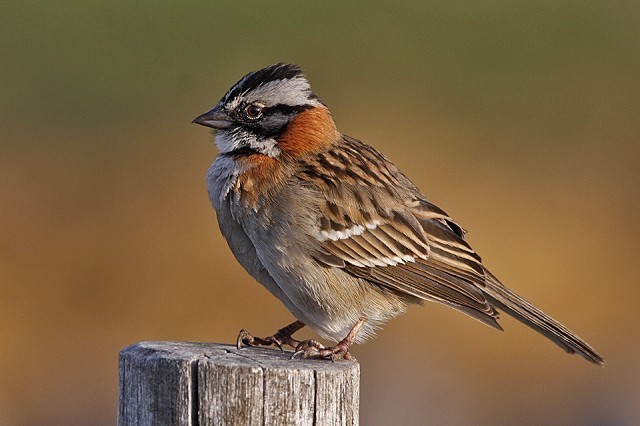 South America's Rufous-collared Sparrow is something of a dead ringer for Asia's Rustic Bunting, according to Bill (Keith Dover).

I like to imagine that, instead of a deity that knocked off the whole of creation in its infinite variety in a few days, there is a rather more meticulous power at work that carefully designed and distributed living nature across the planet. Moreover, the criteria involved are not always just practical. This creator does not ignore the aesthetic.

One of my personal wonders of the world, and surely an example of something that exists not purely to ensure survival, but also to offer visual delight to anyone who sees them, are the North American wood-warblers in spring. Coast to coast, there are about 100 species. Adorned with just about every colour in the spectrum, arranged in a complex riot of streaks, spots, wing-bars and rumps. Did they really evolve this way? Or are they the invention of someone with an artistic eye for colour and design, who turned little brown birds into flying jewels. Magic, miracles or time? How long? Well, I bet it took more than six days.