Long Covid? No. M E? Maybe. Meds, magic or miracle? Dunno, but I have recovered. Phew! For a year I was confined to birding in my garden. But I did get several 'firsts'. I don't mean garden ticks. No rarities, but rather several things I had never seen before. Not species, but views and experiences.

I no longer keep lists. I used to: British list, world list, trip list, patch list. I was never a travelling twitcher: I enjoyed seeing rare birds, but I preferred finding them. I even shared a first for Britain, albeit – like so many rarities – it wasn't much of a looker. A juvenile female Pallas's Reed Bunting. Definitely not a crippler.

I confess I got a bit of a frisson from seeing my name in bird reports, especially in the annual British Birds rarities edition. I own up to even being a bit competitive, but – let's face it – that was back when birders themselves hadn't 'exploded' like Collared Doves or Ring-necked Parakeets, and 'devices' didn't exist, not even the most basic mobile, and certainly not smartphones. 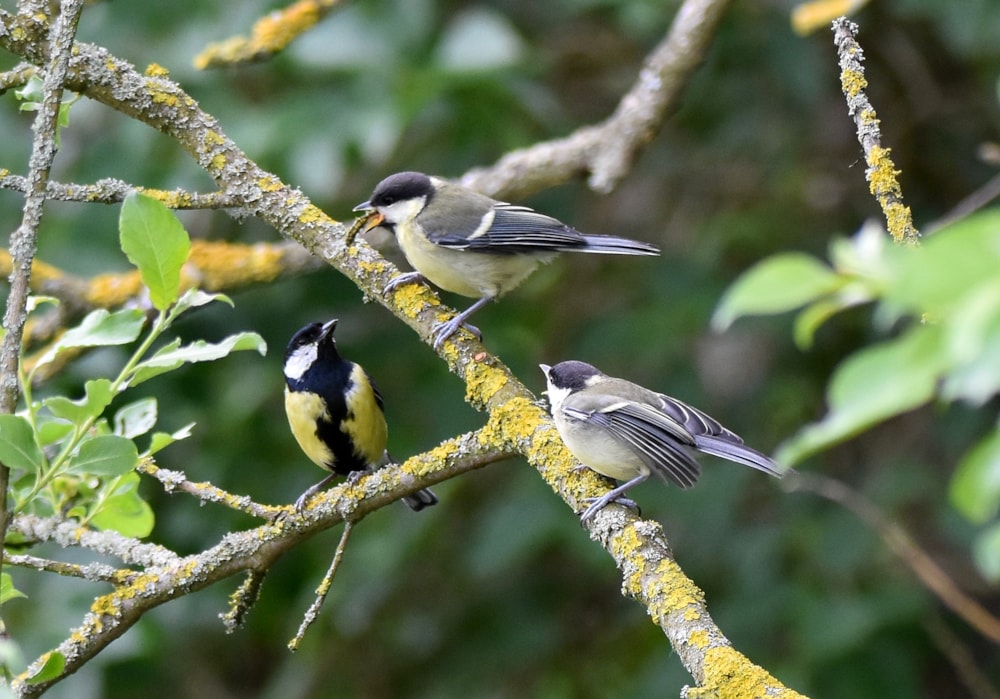 Bill Oddie has spent a lot of time in the past year watching the birds in his garden. Seeing juvenile Great Tits was a highlight (Lukasz Pulawski).

'Digital' implied something you did with your fingers, like drawing field sketches. We did have cameras, and we did use a digit for pressing the shutter, but in those days a pin-sharp photo testified to the expert photographer's eyes and steady hands, not a few thousand quid's worth of image stabilisers and mammoth lenses. By the way, I am not 'showing my age', I am just recording the facts. Nor am I dissing progress. There is an irony, though: the equipment has proliferated, but the birds haven't. They have just got fewer and fewer. Some will go extinct well before mobile phones.

But I haven't yet revealed the highlights of my incarcerated and often comatose year. I spent a shockingly long time asleep, but at least I could roll over and look out my third-floor bedroom window, which is level with a rooftop with a wobbly-looking chimney and several redundant aerials. It overlooks a canopy of an ancient grape vine and a tall elderberry, which in turn overshadow a long guttering and a strange concrete funnel that I think is something to do with releasing fumes. It may even still be functional, but it certainly provided a novel home for a pair of Great Tits.

I was shocked when I first saw them disappearing into the possibly poisonous black hole. Even more so when I saw them carrying nesting material, followed a week or two later by beakfuls of mealworms and emerging carrying a faecal sac. I didn't witness the moment of vertical fledging, but not long after I did look down on no fewer than eight juvenile Great Tits perched along the guttering, neatly spaced as if observing COVID-19 protocols, and pecking away at something in the trough that looked no more nutritious than mud and old leaves, but presumably was home to something irresistibly edible to Great Tits. To them it was a treat; to me it was a first.

I may have been hors de combat for a year, but I have rapidly regained the propensity for writing much more than the prescribed wordage (500 words). Thus I must now pause and postpone part two. I promise several more firsts. And you – dear reader – will have the chance to mutter "You haven't seen THAT before? Bill, you need to get out more!" That much is true.