Big Debate: Sibes vs Yanks – which are best?

This autumn, what migrants should be getting your heart racing: those gems from the east, affectionately known as 'Sibes', or those colourful Nearctic vagrants, the 'Yanks'? We asked two proponents for east and west to put forward their arguments for their favourite rarities and make a case for which group of birds are more desirable to see.

Craig Thomas is Chair of Flamborough Bird Observatory, as well as the ex-Filey Bird Observatory and Yorkshire recorder. A conservationist, he is determined to increase birder coverage at Flamborough to help maximise its potential. He argues why you should be looking for ‘Sibes’ this autumn. Josh Jones is BirdGuides Head of Content. A reformed twitcher, he has scoured the west coasts of Britain and Ireland, as well as the Azores, looking for his own 'Yanks', for the past decade. He claims that American vagrants are unrivalled for their desirability.

Just the word 'Siberia' sounds evocative, conjuring images of vast tundra, coniferous forest and mountain range wilderness hosting some of the world's most iconic species: Pallas's Grasshopper Warbler, Siberian Blue Robin, Red-flanked Bluetail and Siberian Rubythroat, among many others. It is a group of birds that has defined my life like no other, determining where I live and, thereby, my relationships, circle of friends and work.

The very day I graduated, I moved to Filey with aspirations to find my own Siberian vagrants. Ten years ago, I relocated to nearby Flamborough, helping to drive the observatory forward and develop a community spirit of like-minded individuals all keen to find their own 'Sibes'. 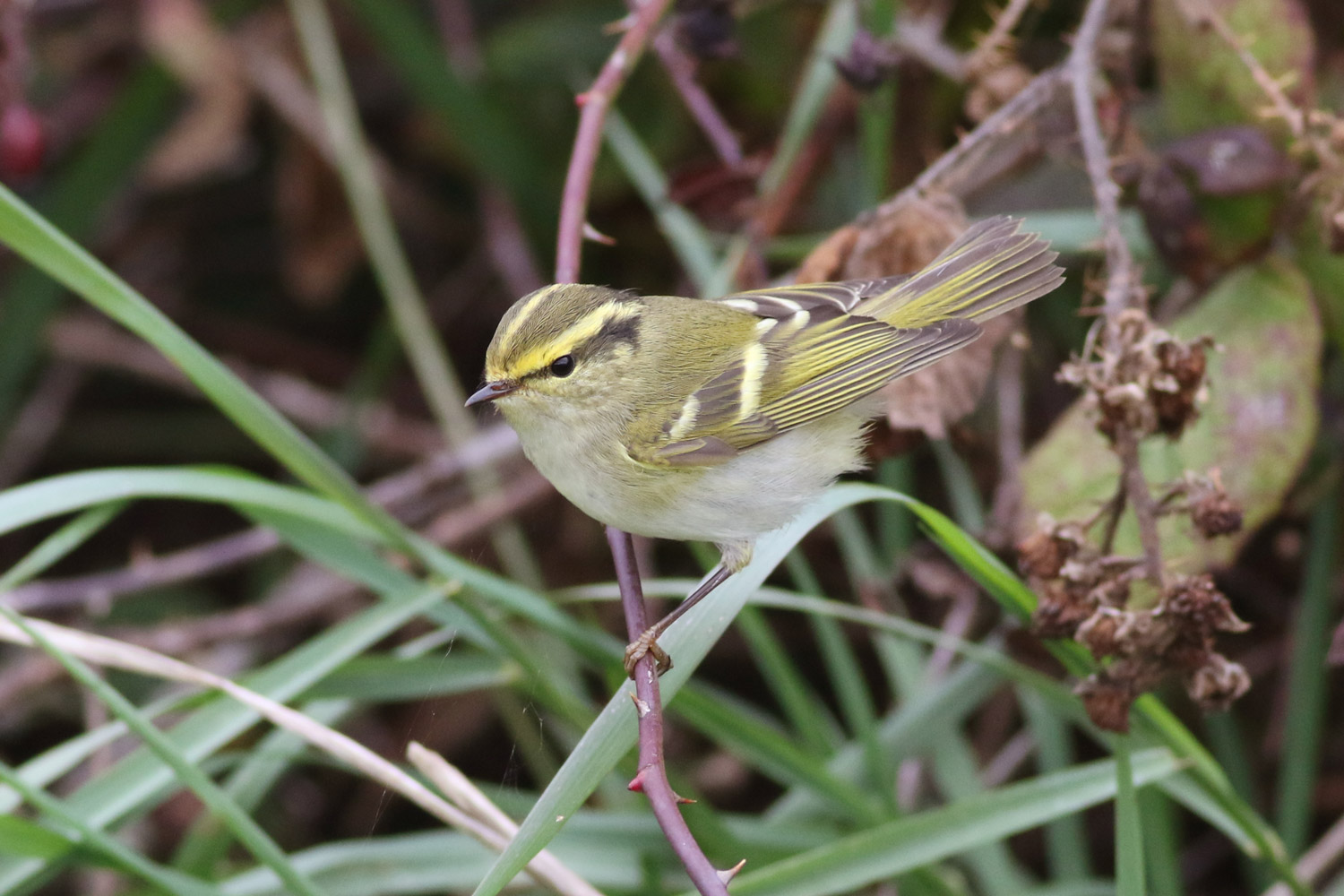 With its prominent pale yellow double wing-bars, bold yellow supercilia and central crown stripe, and lemon-yellow rump, Pallas's Warbler will brighten up any day birding on the east coast of Britain (Craig Thomas).

My first special moment with a Siberian traveller was on my local patch in Huddersfield. A late September day in 1985 and with aspirations to find nothing rarer than a Blackcap – it was Huddersfield after all – I found myself staring at Yorkshire's fourth-ever inland Yellow-browed Warbler. Many Nearctic passerines are colourful, but this Siberian sprite is anything but dull and possesses a fantastic call to boot.

My legs were shaking so much, I had to sit on the ground to watch this gorgeous gem as it added a touch of the exotic to the Pennine hills. While Flamborough was to host a UK record total of 139 of this increasingly familiar species on 21 September 2016, a Yellow-browed never fails to uplift the spirits.

From early August until late November I obsess over pressure charts to seek 'high pressure corridors' – open invitations for Siberian passerines to head west. As soon as they appear, the anticipation builds, WhatsApp messages are swapped and days off hastily arranged.

One of my greatest 'Sibe' moments occurred on Fair Isle rather than the Yorkshire coast. A walk to North Light with my greatest birding buddy, John Beaumont, was rudely interrupted by the arrival of biblical showers – the sort ushered ashore by a cloud base reaching as low as the cresting waves.

The light was awful and water cascaded off our faces. A few minutes shy of a return to the observatory, we flushed a thrush from a roadside gully. In the awful light it looked black, but rather large, while I wasn't sure if I'd glimpsed a pale line on the underwing. However, it looked too large for a Siberian Thrush and was surely too dark for the obvious.

Undeterred, we split up and crested a bank to try to relocate the bird. A few steps later a White's Thrush erupted, Jack Snipe-esque, from under my feet! I jumped into the air, screamed and almost before I had landed started to sprint to the obs.

The headlong rush down the steep slope to the building was interrupted by the sudden realisation of 'how am I going to stop?' The close-cropped grass was waterlogged and incredibly slippery, while if I didn't pull up, I'd continue past the building and off the cliff edge. My only choice was to aim for a sturdy fence post and bounce off it, stumble and head for the crowded ringing room – the latter already emptying as any birder approaching the obs as such speed is likely to have something good! 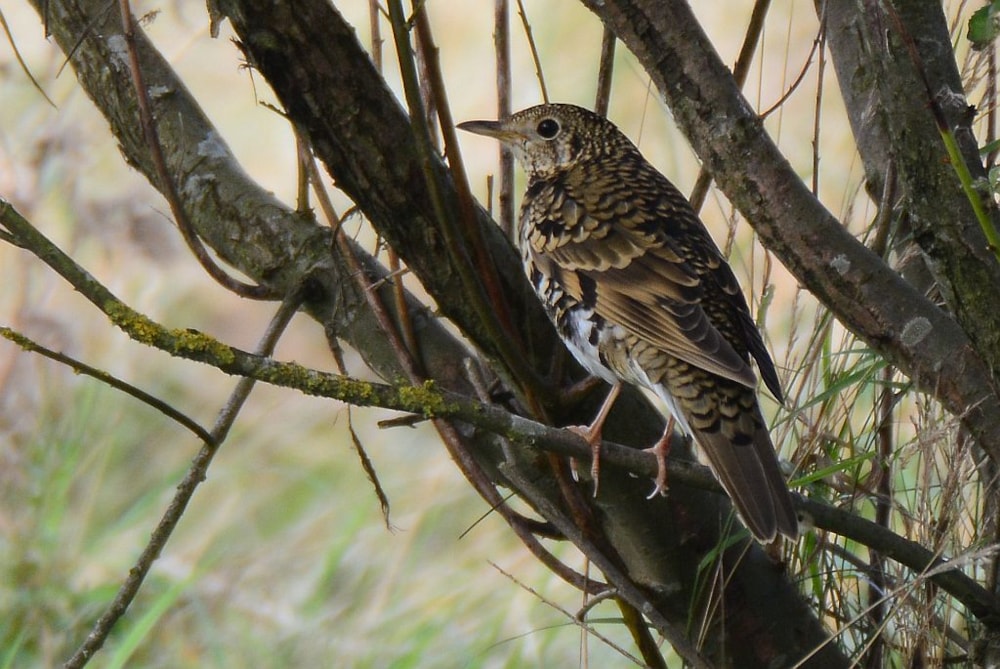 Nearctic passerines are equal marvels of long-distance migration. However, a day scouring the western seaboard is rarely an avian spectacle, rather a case of 'boom or bust'. In contrast, Siberian vagrants are often the headline act for a greater whole and so much the better for it. My first-ever Dusky Warbler 30 years ago was the pinnacle of a day made all the sweeter by being surrounded by carpets of Goldcrests and winter thrushes, some of the former crawling in the grass waterlogged, but after warming them up in the palms of my hand, they'd zip off into the nearest bushes.

It is for this reason that Sibes provide the most exhilarating of birding days, the crown jewels of memories that shape and enhance our lives.

Britain and Ireland are fortuitously positioned to receive vagrants from all points of the compass, but it is the visitors from the west – and in particular the passerines – that get my pulse racing more than any other.

This is not least due to the extraordinary feats they must complete to get here. A 3,000-km, non-stop flight over open water sounds arduous enough, but factor in that many appear after transatlantic storms and must have had to battle through some pretty horrific conditions while out over the ocean, yet still manage to make it across, is mind-boggling. Bear in mind that an American warbler might only weigh 10 g, about the same as a pencil.

Completing such a crossing commands awe and respect in equal measure. But it means that, naturally, American passerines are rare in Europe. Aside Red-eyed Vireo (some 225 records), no species to occur in Britain and Ireland has been seen more than 100 times. Most, in fact, have been recorded comfortably fewer than 30. Every single one is a real prize. 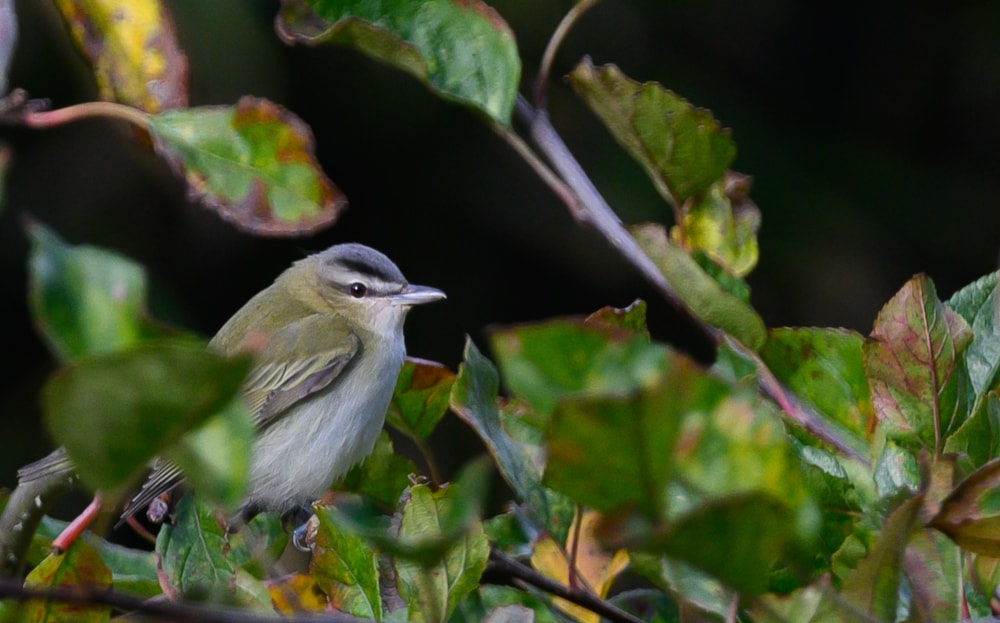 Matched in appearance by nothing from the Palearctic, Red-eyed Vireo is a distinctive and exciting species to see on this side of the Atlantic (Mike Young-Powell).

Then there's the visual feast – a real mix of the exotic and familiar. Though its skulking behaviour might at first recall a Barred Warbler, olive-green above and white below means that a Red-eyed Vireo is matched by nothing in the Palearctic. In my view, the warblers look their best in 'fall' – vibrant, yet sublimely liveried. I challenge anyone to point out a better-looking vagrant than an autumn Chestnut-sided or Black-and-white Warbler. How could anyone say that a Dusky Warbler is more exciting?! Thrushes, flycatchers and some of the seed-eaters may have an air of familiarity about them, but there can be no arguing that the grosbeaks, orioles or cuckoos cast birders' minds to distant lands.

There is something utterly thrilling about being out west when an autumn storm passes. The excitement begins to grow days in advance, when weather charts predict a fast-moving depression leaving the Eastern Seaboard of North America and steamrollering across the Atlantic. When it hits, it's time to batten down the hatches – with the gale howling and the rain sheeting down, that might mean a day or two of unbirdable weather. The first calm day following its pass heightens the senses and brings great anticipation. Could the system have been a 'producer'?

Of course, their very rarity means that more often than not you will come away empty handed. But it is the fruitless days that drive you on and make a successful one all the sweeter. Birding on the west coasts of Britain and Ireland can be punishingly slow at times and it is no great surprise that the lure of easier birding in the likes of Shetland or along the British east coast so often win through when it comes to planning an autumn trip, where the greater likelihood of notebook 'padders' adds value.

As such, hundreds of kilometres of west-facing coastline remain hugely underwatched. It scares me to think about the untapped potential. What is being missed in the likes of Ireland and the Outer Hebrides each autumn? 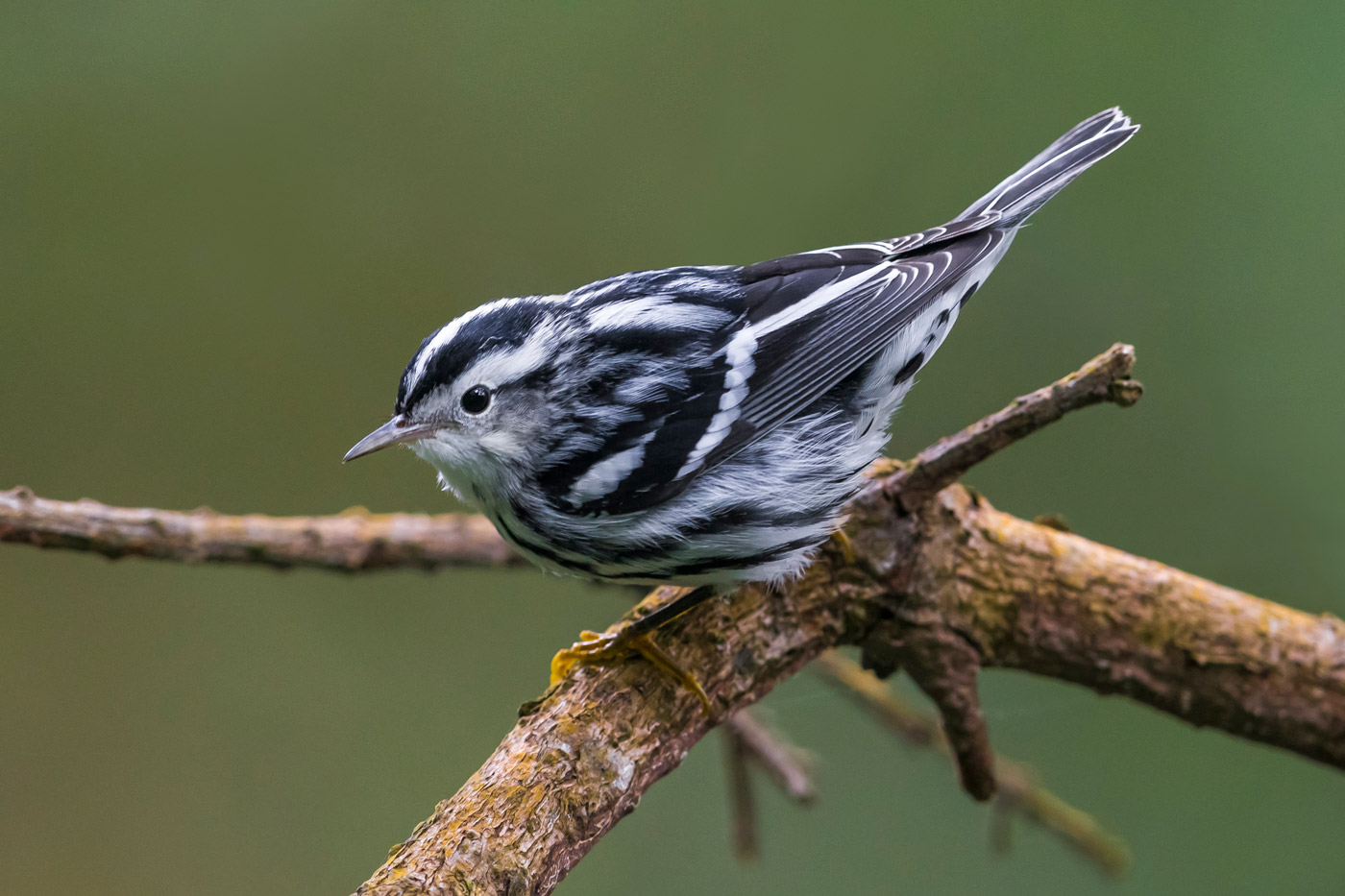 Who could fail to be moved by the beauty of a Black-and-white Warbler? There are only 16 accepted records of this mega rarity in Britain and Ireland (Daniele Occhiato / www.agami.nl).

In my article, 'What next from the West', I discuss more than 30 species of North American landbird not yet recorded that could feasibly make it here. That's plenty of opportunity for the find of a lifetime. A 'first' – just imagine that!

I often think about it from the perspectives of 'which would I rather find?' and 'what reaction would it cause?'. Take two similarly rare species from east and west. A Pallas's Grasshopper Warbler sneaking along a Shetland ditch would get me excited, don't get me wrong. But a Yellow-billed Cuckoo erupting from sallows on an Irish headland would have me in blind panic. There is no contest – the levels of adrenaline and emotion that 'Yank' finds bring are unparalleled. Quite simply, west is best!