Big debate: Scilly or Shetland – which is best?

Scilly might once have been the obvious choice for autumn birding, but Shetland is vying for pole position nowadays. Lucy McRobert and Rebecca Nason present their cases for each.

What do you really want from your birding – 'little brown jobs' from the east or those flashy Nearctic megas that Scilly chalks up every autumn? The isles also have warm welcomes (and weather!), camaraderie and more. Lucy McRobert says the choice is clear.

At just 1,637 ha, the Isles of Scilly is about 90 times smaller than Shetland, and with Lerwick 735 miles from Hugh Town (and 11 degrees further north), comparing the two is a bit like contrasting the sub-tropical Caribbean with the frigid bare surface of Pluto: different climates, daylight hours, weather patterns, birding culture, land management and accessibility.

In fact, one of the only things they have in common is that birders like to visit every autumn and hopefully find or see new birds. Yet, despite the comparative lack of hardcore all-weather masochistic rarity-finders; despite its tiny toytown geography; despite the eternal summer and balmy weather; despite the civilised nature of always being in walking distance of a good café, Scilly can more than hold its own when it comes to seeing a decent bird, or two, or 10.

Think back to when you were a whipper-snapper, flicking through field guides under the bedcovers by torchlight. What birds did you dream of seeing and finding? Forget Fifty Shades of Brown from the east; I'll wager it was those classic riotously colourful American landbirds that got your heart racing. Pittosporum pulsing with Parulidae; hordes of Catharus thrushes creeping across churchyards; Rose-breasted Grosbeaks, Bobolinks, Scarlet Tanagers, Ovenbirds, vireos. Is there another place that has turned up more of these per square km, within walking distance of your digs? 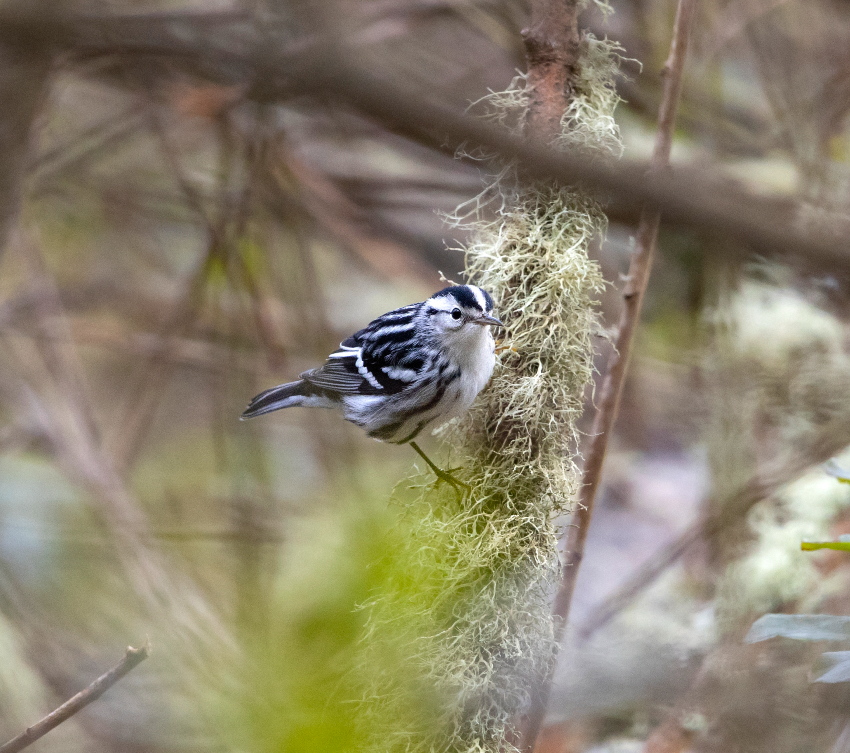 This smart Black-and-white Warbler was discovered on Tresco in October 2020. Scilly now holds almost half of Britain's records of this Nearctic warbler (Marc Read).

Speaking of Parulidae, last year's Black-and-white Warbler on Tresco means that almost half of Britain's records come from this tiny archipelago. The 2020 Rose-breasted Grosbeak on Gugh pushed Scilly's share of the national total to more than 50%. Add in a brace of Swainson's Thrushes and several Red-eyed Vireos, and it's clear that the 'death of Scilly' is nothing but a hopeless exaggeration. Oh, there was that Indigo Bunting, too.

Even with far fewer birders than the famed 1980s, Hugh Town still provides a natural, bustling hub. The tripper boats turn khaki in October. The nightly bird log has democratised birding for decades and acted as a central repository of daily sightings and logistics data. The Isles of Scilly Bird Group works with locals to arrange access for all, set up trails and keep relationships sweet, while producing a killer Bird & Natural History Review. If low-carbon birding is your gig, get ready to quadruple your step count rather than self-combust in the hell of your high-carbon footprint up north. Forget 160-km drives between locations: nowhere is more than a leisurely hour away by boat and foot.

You'll never pull me away from Scilly in October. It's fun (remember that?), it's warm (mostly) and the thrill of a rarity crackling over the radios still sets your heart pounding. We're a team, a pack, a family – and everyone is welcome. We commandeer boats, strip to our underwear to wade across sandbars and wash it all down with a pint with friends and strangers. Couple that with a solid spring season (Belted Kingfisher anyone?), annual pelagic magic (Zino's Petrel baby!), frankly tear-inducing records (Egyptian Vulture) and an unexpected Christmas present or two (Killdeer, American Royal Tern), can anywhere beat Scilly?

Driving rain, freezing winds and bashing inhospitable habitat spread over a huge area – it's all part of Shetland's particular charm, and it certainly delivers some star-quality birds. Rebecca Nason says that the best birding comes in the far north-east.

For me, nothing in the UK beats the far north-east, Scandinavian-influenced Shetland Islands for birding. It was this and the bird photography opportunities I experienced in Shetland after several autumns visiting Scilly in the early 2000s that saw me 'up sticks' and move to the isles permanently – not a light-hearted move and one I have never regretted.

Shetland doesn't have that attractive Cornish charm, the Mediterranean weather, the alfresco cafés, the balmy sea breeze with that tropical 'holiday' feel that Scilly boasts, or indeed the pelagic shearwater and petrel delights those rich warm waters offer, but bear with me ...

Geographically they could not be further apart in the UK from each other or have such opposites in both weather and birding styles. Shetland, especially in autumn, has a raw harshness about it. It's not a location for the faint hearted: horizontal, driving rain and icy northerly winds are a common feature, battering the faces of  the hardy birder.

However, don't let the climate put you off – it's the weather dynamics on Shetland, where the North Sea and Atlantic Ocean converge, which also bring pure birding gold both from the east, for which the archipelago has long been famous, and increasingly in recent years, also the cream of rarities from the west. Numbers of rare American vagrants once only associated with Scilly now dominate birding headlines alongside their exotic eastern counterparts across Shetland. 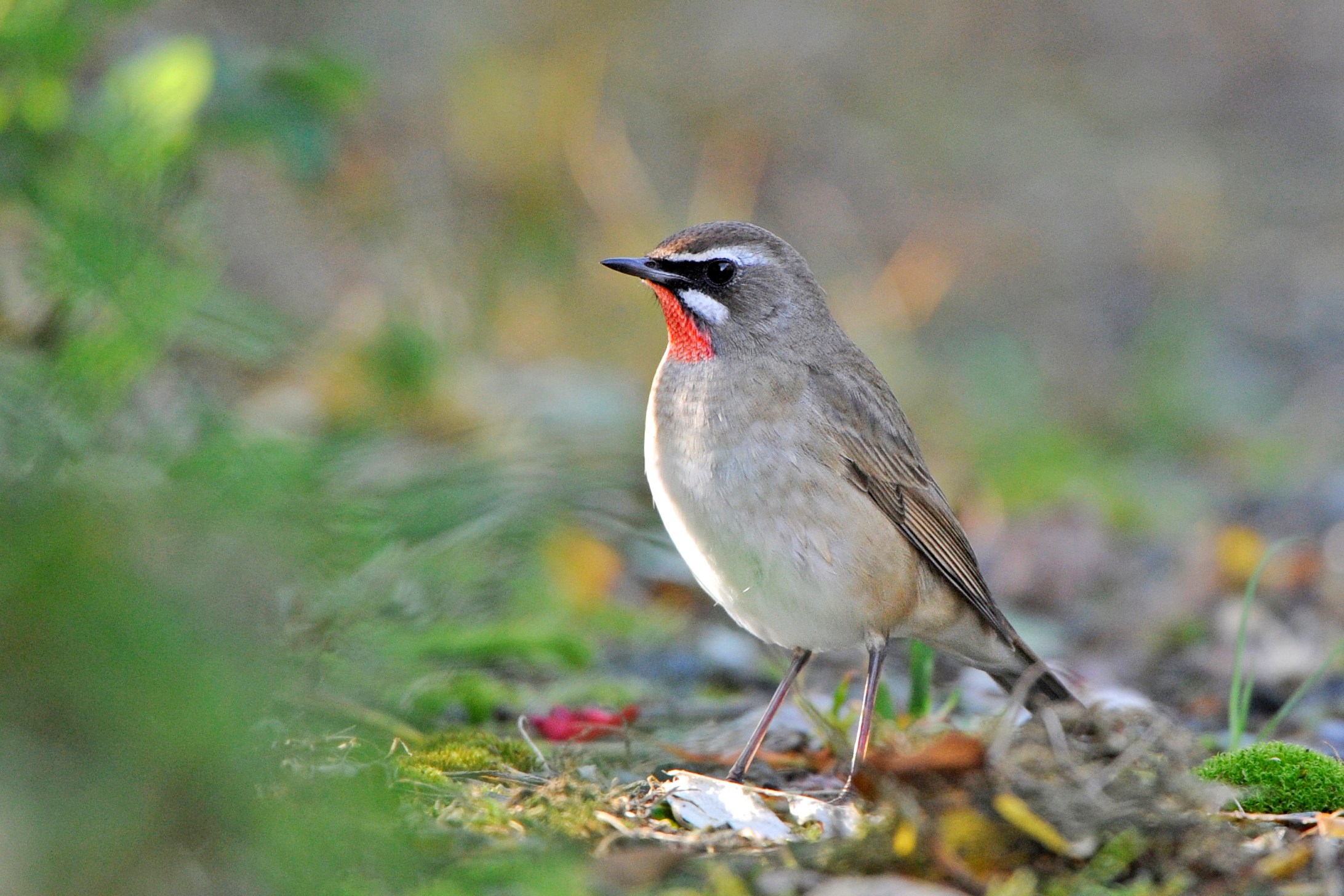 It's not just those flashy Nearctic landbirds that provide colour – this Siberian Rubythroat was present on Shetland in October 2014 (Rebecca Nason).

Shetland is without doubt the place to be in autumn, for here east meets west in the sweetest of  ways, often creating a bumper birding bonanza of  unlimited possibilities. Britain's premier birding haven now sees increasing numbers of birders on the isles annually as Scilly has stalled, and as a result, increasing good numbers of rarities are being found, both very much go hand in hand.

Although Shetland is very large, consisting of 16 inhabited islands, strewn over an archipelago of  more than 1,465 square km, birds are generally funnelled into a number of well-known hot-spots, largely due to the lack of good cover, trees and other suitable habitat.

Don't let the size put you off, either: it brings the potential that many good locations can be visited knowing nobody else has yet 'birded' it ahead of  you. Newly arrived birds filter into croft gardens, geos and crops which can be birded and worked at regular intervals.

Birding in Shetland is much more hands on and physical than in Scilly. Birders actively work areas – phishing, walking through or flushing areas to reveal skulking birdlife. Keeping to the roads will generally not bear fine fruit on Shetland, you have to work for your birds and get stuck in to reap the rewards. Many local and visiting self-finding birders tend to pick a patch or an area to work regularly on foot.

Scottish open access laws mean that birders are not very restricted as to where they can go, which is a breath of fresh air when compared to Scilly! There are not many 'private' areas or 'keep out' signs; birders have free rein apart from meeting the odd nutty farmer, while locals are generally happy and used to seeing birders about. Polite requests to access private gardens are often met with a positive welcome.

Birding in Shetland requires a car, as when not working your patch you need to get to other birding hot-spots and there is often a good distance between sites. As well as the freedom of a vehicle to access mainland sites, birders can head to outer islands such as Unst, Yell and Fetlar via the inter-island ferries.

Shetland cannot be mentioned without 'Orca' in the same breath these days. With increasing sightings of now well-known individuals and pods in Shetland waters, there is always the possibility of catching up with these mega cetaceans, too.