British Birds and the BTO are pleased to announce the winner of the Best Bird Book of the Year 2010. All books reviewed in BB or BTO News and Bird Study were eligible for consideration. 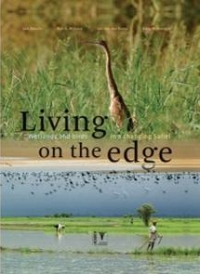 A terrific book filled with a massive amount of information in an accessible and attractive fashion, well-written, beautifully illustrated and superbly produced. Read Lucy Wright's full review on the BTO website.

"The book is rich in data, with many graphs and maps examining population changes and bird movements, and will interest those readers who like facts and figures rather than want a coffee-table book. That said, the book is beautifully illustrated, with many colour photos and drawings of the Sahel habitat and the birds that use it. The science it contains is presented in a very readable style that is accessible to everyone."

The Status of Birds in Britain and Ireland by David T. Parkin and Alan G. Knox (Christopher Helm, 2009). BTO review.