The increasing temperatures associated with a changing climate may disrupt ecological systems, including affecting the timing of key events. If different organisms are affected in different ways, this can lead to what is known as ‘phenological mismatch’. Phenology is the study of cyclic and seasonal natural phenomena, especially in relation to climate and plant and animal life.

Key ecological events such as the timing of bud burst, the spring peak in leaf-eating caterpillar biomass and the timing of egg-laying in many bird species are shifting, and if these events change at different rates there is a danger that they may get out of sync with one another (the so-called phenological mismatch). This could pose a particular problem for birds including Blue and Great Tits and Pied Flycatcher, which time their breeding attempts to exploit the spring peak in caterpillar abundance. 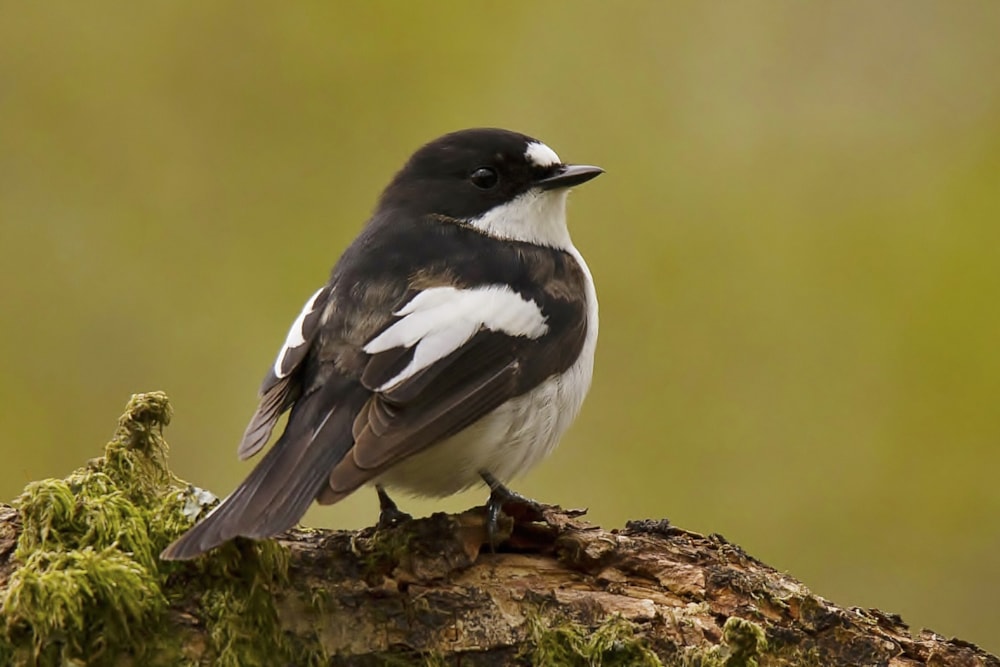 Much of the recent work on mismatch and its impacts on the fitness and population trends of caterpillar-eating birds has looked at changes over time. However, it is also possible for mismatch to occur across space if species respond differently in different areas, perhaps because of local adaptation to geographic variation in the cues that they use. A new paper looks at mismatch in both space and time, using information from three trophic levels: trees, caterpillars and caterpillar-eating birds.

Information on bud burst came from 10,000 observations of oak first leafing for the period 1998-2016, while data for caterpillar biomass was gained from frass traps set beneath oak trees at sites across Britain for the period 2008-16. Bird phenology data came from the 'first egg date' values calculated from 85,000 nest records of Blue Tit, Great Tit and Pied Flycatcher. The focus of the work was on the relationship between the phenologies of these interacting species: where timing changes more in one species than the other, this is indicative of spatial or temporal variation in the magnitude of mismatch.

The results reveal that, for the average latitude (52.63°N) and year, there is a 27.6 day interval between the timing of oak first leaf and peak caterpillar biomass. With increasing latitude, the delay in oak leafing is significantly higher than that of the caterpillar peak. At 56°N the predicted interval between these two trophic levels drops to 22 days. In the average year and at the average latitude, the first egg dates of Blue Tits and Great Tits were roughly a month earlier than peak caterpillar biomass, meaning that peak demand for hungry chicks occurred soon after the peak in resource availability.

Interestingly, peak demand in Pied Flycatchers occurred nearly two weeks later than peak caterpillar availability, suggesting a substantial trophic mismatch between demand and availability for this species within Britain. However, it is worth noting that Pied Flycatchers feed their nestlings with fewer caterpillars and more winged invertebrates compared to the tit species studied, so they may be less dependent on the caterpillar peaks. 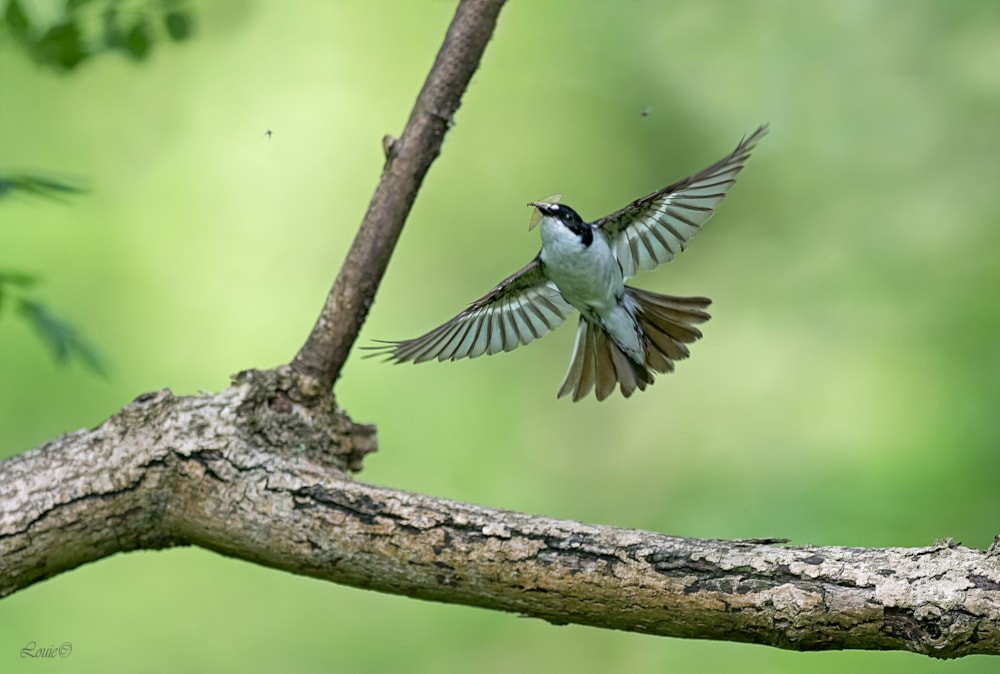 Unlike the tit species studied, Pied Flycatcher doesn't rely only on caterpillars. This male is hunting for winged insects (Louie Horleston).

The work also revealed that the timing of first egg date between years varied by less than the variation seen in timing of the caterpillar resource peak, which gave rise to year-to-year variation in the degree of mismatch. For every 10-day advance in the caterpillar peak, the corresponding advance in the three bird species is 5.0 days (Blue Tit), 5.3 days (Great Tit) and 3.4 days (Pied Flycatcher). In late springs, peak demand from the tits is expected to coincide with the peak resource availability, with flycatcher demand occurring shortly after. In early springs, the peak demand of nestlings of all three species falls substantially later than the peak, leaving the three mismatched. Warmer conditions also shortened the duration of caterpillar peaks.

One of the key findings of the work is that in the average year there is little latitudinal variation in the degree of caterpillar-bird mismatch. This means that more negative declines in population trends of certain insectivorous birds in southern Britain, driven by productivity, are unlikely to have been driven by greater mismatch in the south than the north. The lack of evidence for latitudinal variation in mismatch between these bird species and their caterpillar prey suggests that mismatch is unlikely to be the driver of the spatially varying population trends found in these and related species within Britain.