A new study has shown that long-term bird population changes in Illinois are not caused by alterations in primary habitat, but by how species use and adapt to available alternatives.

The study of land use change over a century in Illinois has proven that bird population changes have been largely dictated by how different species use alternative, changeable and man-made habitats, such as urban and agricultural areas. The decline of certain birds has a significant correlation with changes in land use, but the study confirms that, for some species, their longer-term fate can depend on the availability and suitability of alternative habitats. 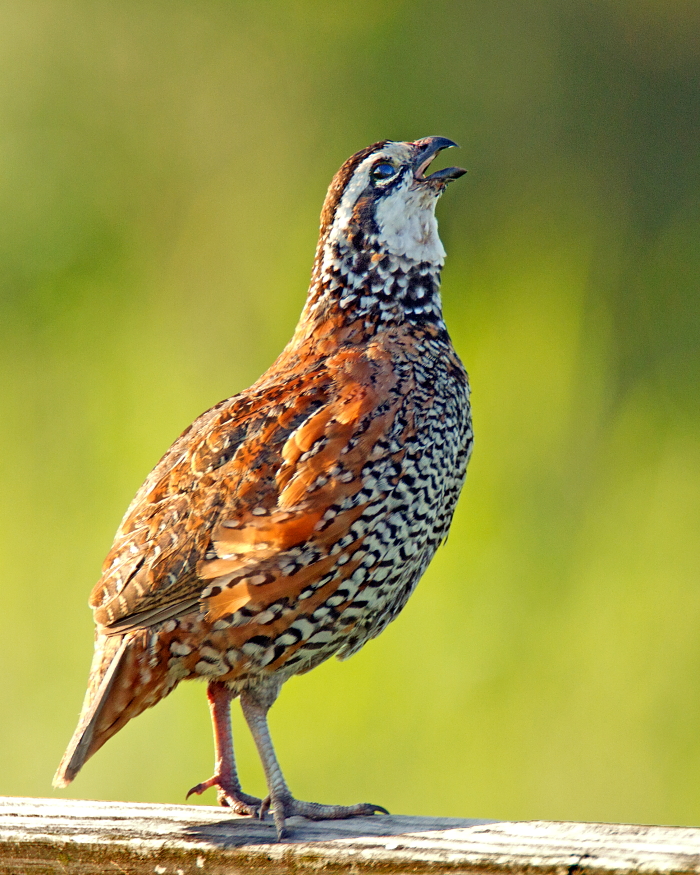 Northern Bobwhite has declined considerably in Illinois during the last century (Paul Riddle).

The first ornithological documentations in Illinois took place in 1906 and 1909 and the recent study, published in The Condor: Ornithological Applications, replicated the surveys as closely as possible some 100 years later. Collected data was used to understand levels of bird occupancy, while also assessing how things have changed over the course of the 20th century. The study found that the 40 species that have expanded their distribution have done so by making better use of urban habitats, while the 26 species that have suffered range contractions had declined due their inability to adapt to different agricultural habitats.

Urban areas in Illinois, such as gardens and parks, have become a lot more suitable for certain birds in the past century as vegetation matures and bird feeding increases. On the other hand, agriculture has experienced some significant changes, as small and varied farms switched to large areas of single-plant crops, with pesticides in frequent use.

University of Illinois Urbana-Champaign’s Michael Ward, who was one of the surveyors, explained: “We need to understand how species use and respond to changes in not only their primary habitat, but also habitats that they only use occasionally. Species that can take advantage of alternate habitats can expand their populations – understanding which species can or can’t take advantage of these alternative habitats will allow us to better predict which species need conservation efforts.”

Shrubland and savannah species, such as Red-headed Woodpecker, Brown Thrasher, Field Sparrow and Northern Bobwhite, have been in decline in Illinois during the past century. In the last 50 years, numbers of meadowlarks, Dickcissels and Bobolinks also have dropped, and Bachman's Sparrow has disappeared as a breeding species from the state altogether. On the other hand, species such as Cedar Waxwing, American Robin, Blue Jay and Red-winged Blackbird have all increased during the past century.