A trio of new tapaculos for Peru

Among the most complex taxonomies in the Neotropics, tapaculos will be familiar – by voice at least! – to all those who have ventured to South America. Notoriously frustrating to see as they run mouse-like through the vegetation, spluttering amphibian-esque vocalisations, their lack of variation can make seeing them all a rather tedious and hapless task.

In 1970, the genus Scytalopus contained c 10 species; today, the IOC recognises 44 species. Luckily for their admirers, a new study in The Auk describes three new species of tapaculo endemic to Peru, a country already home to c 20 tapaculos. 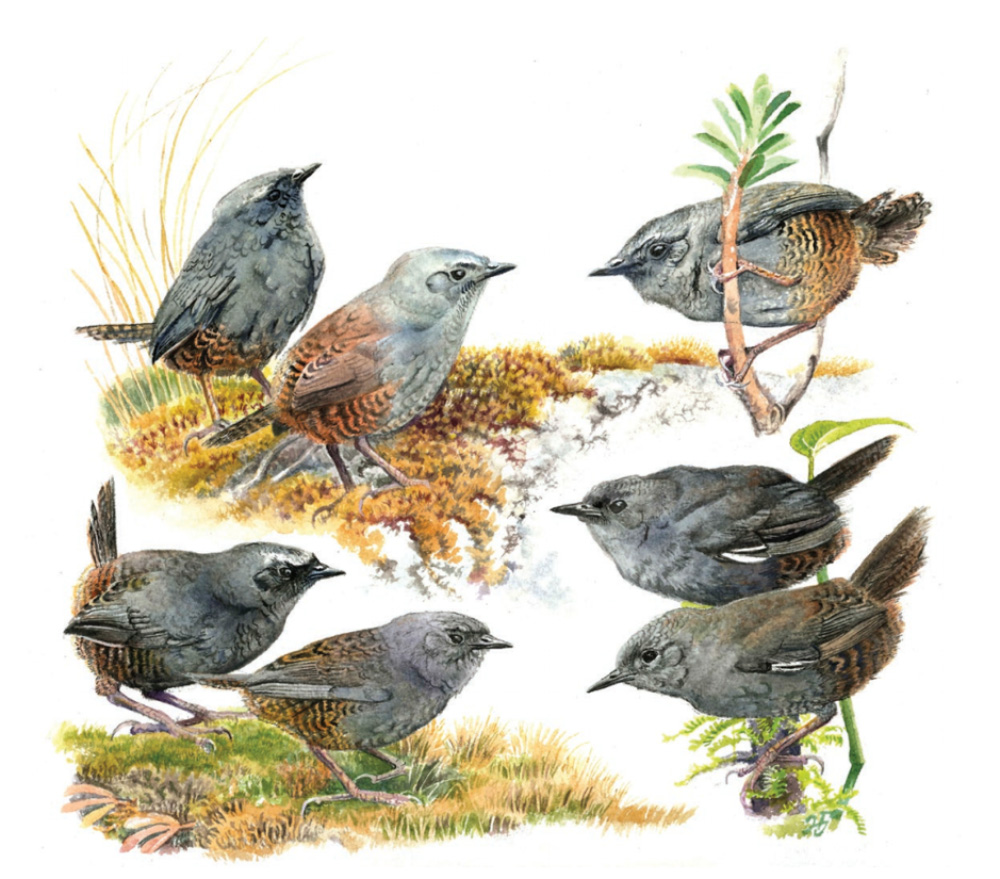 The three new taxa described are as follows:

'Jalca Tapaculo' Scytalopus frankeae sp nov
Almost indistinguishable from Neblina Tapaculo S altirostris – but separated on the basis of genetic divergence and diagnostic vocalisations – this new species (though known to birders hitherto as 'Millpo Tapaculo') occurs as two disjunct populations (which may represent separate taxa): one in Huánuco and Pasco, the second further south in Junín. It occurs at c 3400-4200 m in stunted treeline forest and adjacent tussock grass; the authors recommend it be listed as Least Concern.

'Ampay Tapaculo' Scytalopus whitneyi sp nov
The species is known from montane forest and shrubbery (3150-4500 m) in two disjunct areas: i) in eastern Ayacucho south of Río Mantaro; ii) Apurímac between the Apurímac and Pampas rivers. The two populations appear to differ in plumage and vocalisations, and may represent separate taxa, though sample sizes are currently small. The primary song of this species is unlike all others in the complex, consisting of  single repeated note. Like many species forest-dependant species in the Peruvian Andes, S whitneyi is threatened by overgrazing and burning activities. For this reason, the authors recommend it is listed as Near Threatened.

'White-winged Tapaculo' Scytalopus krabbei sp nov
Long confused with Neblina Tapaculo (which it has in places proven to be sympatric with), 'White-winged Tapaculo' is probably the most visually distinct of the three new taxa, and it has proven only distantly related to Neblina. As its proposed English name suggests, the species is distinct by virtue of a small white wing patch formed by white outer webs of the outer 2–3 greater primary coverts (a feature shared only with the allopatric androstictus race of Paramo Tapaculo S opacus from southern Ecuador and northern Peru). The new species occurs in three geographically separate areas in the Central Andes of north-central Peru, where it favours wet shrub forest and montane forest, at c 2775-3500 m. Here it is said to be common, the authors recommending it be listed as Least Concern.

In addition to the new taxa described, the authors recommend elevating the aforementioned subspecies of Paramo Tapaculo to species rank, and also uncover genetic differentiation between populations of Diademed Tapaculo S schulenbergi. There is no doubt more to come on this vexed radiation …