The second half of October kicked off with a sterling cast of megas hanging on from the end of September. With Yellow-rumped Warbler and White's Thrush remaining, the prospect of as yet undiscovered birds lingering from the east or west provided encouragement. However, new birds were few and far between, though the discovery of the once-mythical but still mind-bendingly mega Siberian Rubythroat at Levenwick raised the bar on 3 October. It's outrageous to think it but this bird has become almost annual in Shetland in recent autumns.

By 5th a promising couple of days of gale-force winds from the south-east picked up the pace again, bringing with it a scattering of tasty treats. The first of a generous offering of Olive-backed Pipits, Siberian Stonechats and a Radde's Warbler set a good standard. However, try as we may, it just wasn't happening for us up on Britain's most northerly isle, Unst. The discovery of a Firecrest on the island by one of our Shetland autumn birding groups, led this year by Chris Rodger, was a mega in a local context at least — less than annual on Shetland and a first for Unst! A similarly prized Northern Treecreeper was also discovered.

My guiding commitment that week was to lead an autumn birding experience for young student birders David Hunter and Amy Robjohns, on a trip that I put together and donated as a prize for A Focus On Nature, who used it as their prize for their University Birdwatch Challenge. This added a very gratifying angle to my own time in the field over this week as it took the focus away from the pursuit of trying to find rarities. Instead, I spent as much time helping them with the fundamentals such as fieldcraft, behaviour, migration and also getting familiar with common migrants. You can read about this AFON trip on the Shetland Nature blog. 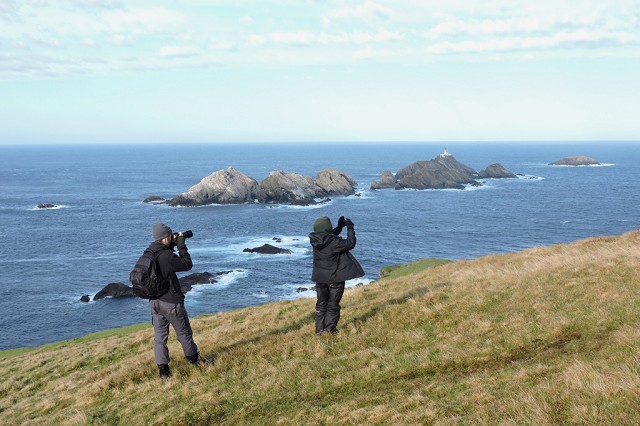 As much as I was making them aware of how important it was to enjoy birds and the great numbers of common migrants we were seeing (which they certainly were), the 'rarity addict' inside me was of course pining for something unusual — ideally a good team find so that they could feel that buzz. This eventually came for us in the form of an Olive-backed Pipit on 9th, after that species had seemingly been turning up everywhere else in the isles amid surprisingly high numbers of Tree Pipits. It certainly felt well-earned! A Black-throated Diver, a less-than-annual bird on Shetland, was also a reasonable find for us the following day. 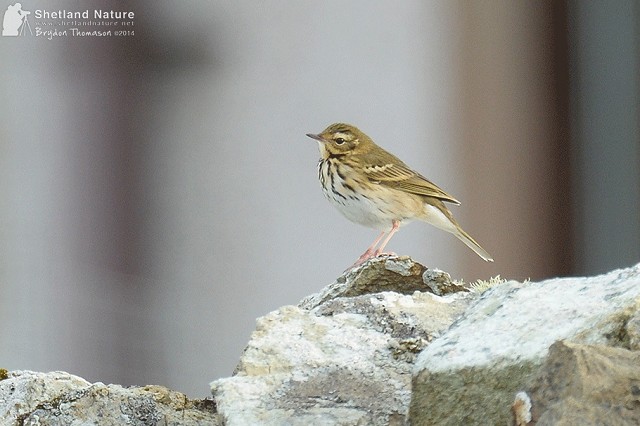 With the weather conditions looking reasonable for new arrivals throughout the second week of October, Shetland played host to plenty of quality rarities, with the lingering rubythroat, Pallid Harrier, Lanceolated Warbler, Red-flanked Bluetail, Eastern Bonelli's Warbler and a few Siberian Stonechats, not to mention the astonishing discovery of a Siberian Thrush which had been trapped in Norway a few weeks earlier. Alas, dig in as we did up on Unst, the rarity hammer just wasn't falling for us.

In fact, in addition to our extensive local coverage and the island hosting more visiting crews of birders than in any previous autumn, we went on to see out the whole of October without a single national rarity. In some ways this did offer positives for me personally, as it allowed time out from birding to enjoy other autumn highlights from a naturalist's perspective; this included working with photographers on assignment for Otters with young cubs and the Grey Seal pupping season. 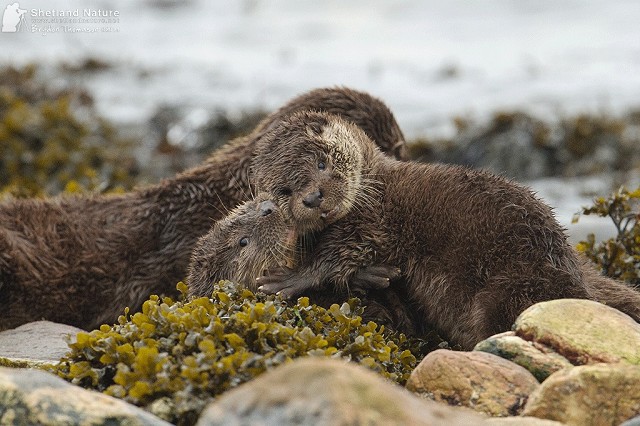 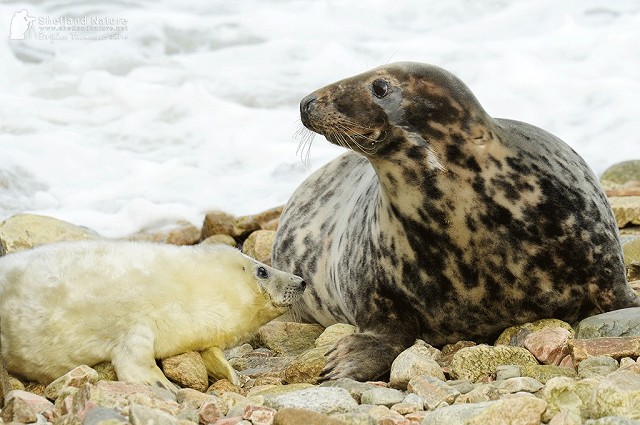 But even if there was indeed a quiet spell to endure locally, needless to say it did not reduce our time in the field. Bizarre as it will sound to birders on the mainland, species like Great Tit and Blue Tit were welcome highlights. Both arrived in record-breaking numbers from the Continent and here in Shetland any species of tit is a scarcity to say the least. From a personal perspective, both were triumphant additions to my garden list during October — while in contrast neither Rustic nor Little Buntings were.

With optimal conditions for transatlantic vagrancy occurring throughout the month, expectations were high nationwide. However, with Unst already having been dealt a more-than-generous hand of American passerines over the previous 12 months (Baltimore Oriole, Cape May and Yellow-rumped Warbler plus Swainson's Thrush), it clearly just wasn't our turn. Elsewhere on Shetland, however, there were further ‘Yank' finds. In my opinion the most impressive of these discoveries was the second of three Grey-cheeked Thrushes (a species that was commoner in Shetland this autumn than Citrine Wagtail!), which was found on the cliffs of a remote and rarely visited coastal headland on Fetlar.

But if there is one thing to be sure of in Shetland, it's that if a large lady is going to sing, she will not do so until well through November! This is a month that we never underestimate and it has consistently delivered. The first week in particular is a firm favourite, with personal memorable finds including Pine Bunting and Hume's Leaf Warbler as well as Lesser Scaup, Gyr Falcon and a few King Eiders and White-billed Divers. November 2014 stayed true to form, and on 1st finally we were back in the game as persistence paid off with a Pied Wheatear. 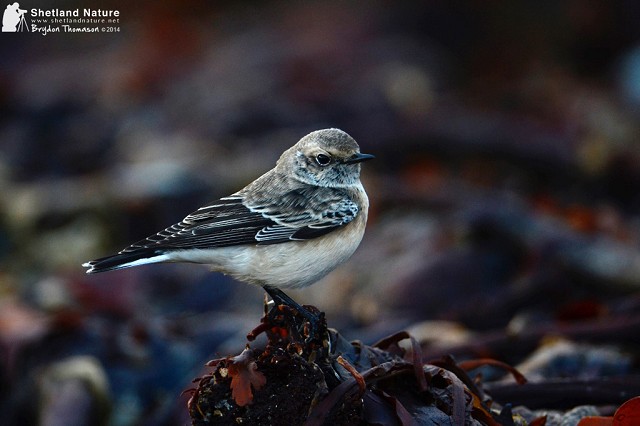 In addition to the Pied, early November produced some really enjoyable late-autumn birding, with Richard's Pipit, Great Grey Shrike and Rough-legged Buzzard being nice finds along with a returning drake Smew and a few unseasonable Pomarine Skuas to round off my autumn. Mainland Shetland also had quality rarities, including two late Red-flanked Bluetails, but inevitably the curtain finally had to come down. 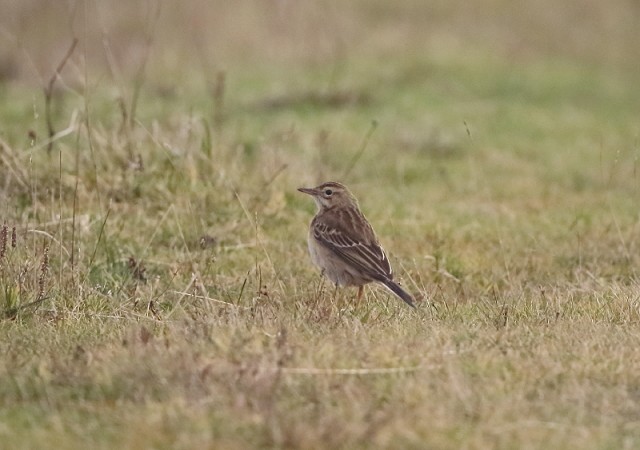 The memory of what prime-time autumn birding is like in Britain's most prolific rarity outpost can be kept alive through the finders' accounts on our Birding in Shetland blog, at least until spring when the next wave of long-awaited migrants will arrive.

Interested in birding Shetland in autumn? Click here for details of a special week arranged with Shetland Nature in 2015; for more information about the company, see www.shetlandnature.net.