A Rarity Hunter's Shetland: Arrivals from all points of the compass

What would autumn 2011 bring? The question buzzed around my mind in the days and weeks prior to one of the most exciting events of my birding year. Every year is different. This year was dominated by westerly winds with scarcely a sniff of any weather from the east. I needn't have worried though: over our two-week Shetland Nature Autumn Birding trip, a stellar cast of birds appeared from all points of the compass.

Vagrants from the North American vector, especially passerines, have a tendency to be less expected than Siberian vagrants in Shetland. Nevertheless, an awesome cast of birds from the west arrived, with a beautiful ochre-faced Swainson's Thrush and, later in the week, a missed-by-many Grey-cheeked Thrush seeing week one off to a superb start. A stunning adult drake Surf Scoter added colour and excitement to the first week. Week two continued the American theme with American Golden Plover and self-found Pectoral Sandpiper in the same field as a Dotterel. 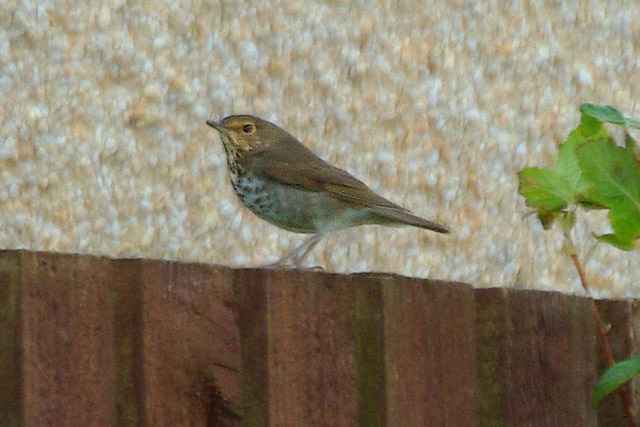 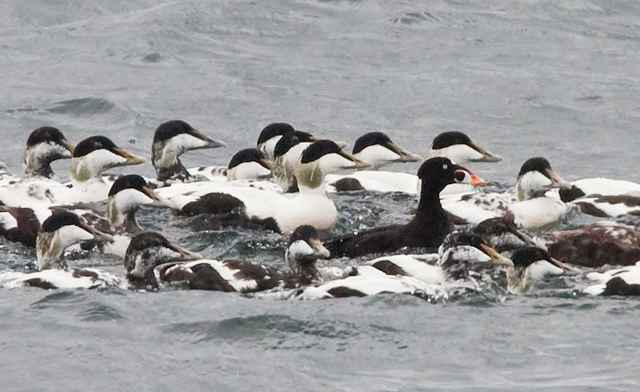 We caught up with a couple of lingering 'orange-bellied' Hen Harriers; although far from the real deal, they provided the opportunity to look at the exciting and challenging possibility of a Northern Harrier. The cherry on the icing of the cake for me personally: a self-found American Buff-bellied Pipit on my last day — roughly Britain's 25th record. 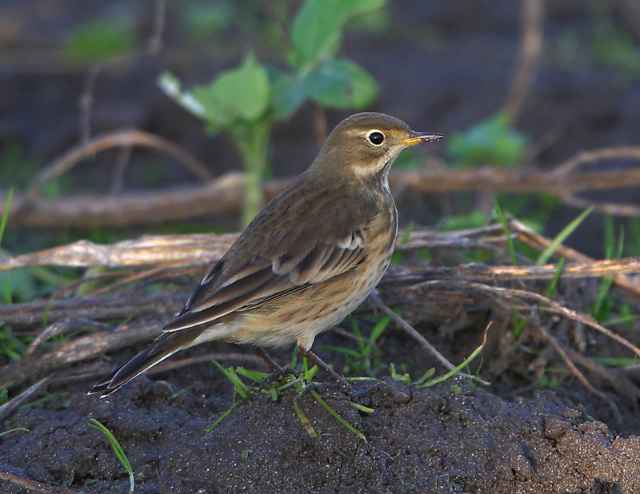 From the northwest came redpolls; of particular interest, a white-rumped dazzler of a bird. Initially suspected of being an Coues' Arctic Redpoll, its plumage, structure and calls indicated Icelandic (rather than Scandinavian) origin, making it an 'islandica' Common Redpoll. It provided our team with an excellent example of identification challenges, new criteria and little-known bird forms. A few typical Greenland (rostrata)-type birds were also seen. A Snipe of the subspecies faeroeensis provided more fringe lessons in identification. 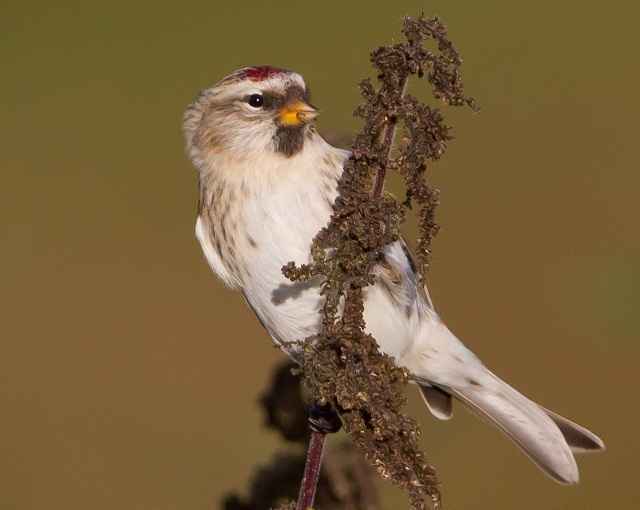 More predictably, birds arrived from the near continent. Several Barred Warblers provided an exciting example of self-found birds for a number of our guests, while other national scarcities — but regular on Shetland — came in the form of Bluethroat, Common Rosefinch, Red-backed Shrike, and a very obliging Little Bunting. However, these were sidelined by stunningly orange Pallid Harriers, with one or two seen in south Mainland. On the last day of our second week, a first-winter Citrine Wagtail had come from even further east. 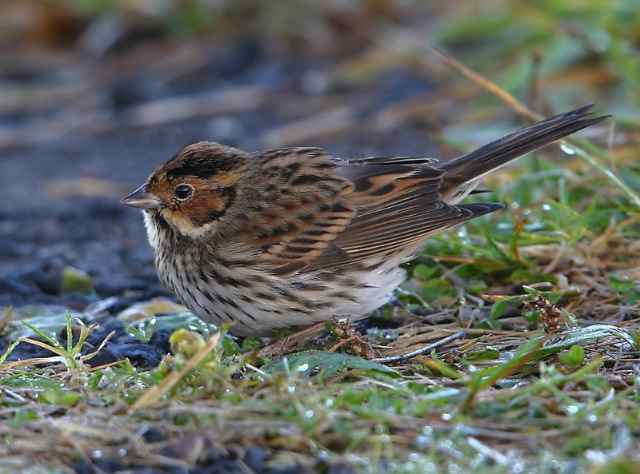 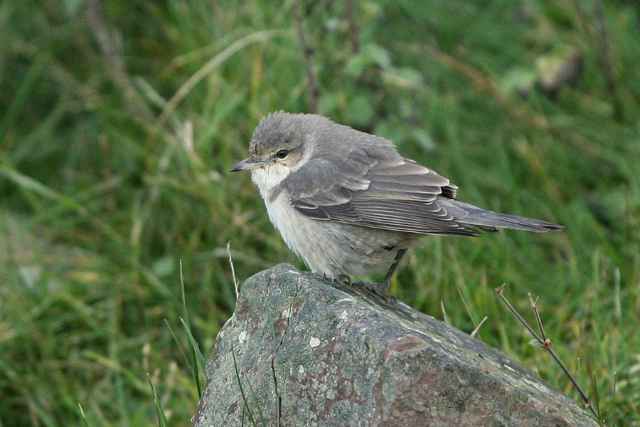 One of the daily birding highlights was the greater-than-average number of Yellow-browed Warblers It's always a delight, and a typical Shetland autumn treat, to be able to find several of these eastern gems for ourselves. To see small flocks interacting was a first for me. A rarer 'Sibe' in the form of a remarkably confiding Olive-backed Pipit entertained us over several visits during our second week. 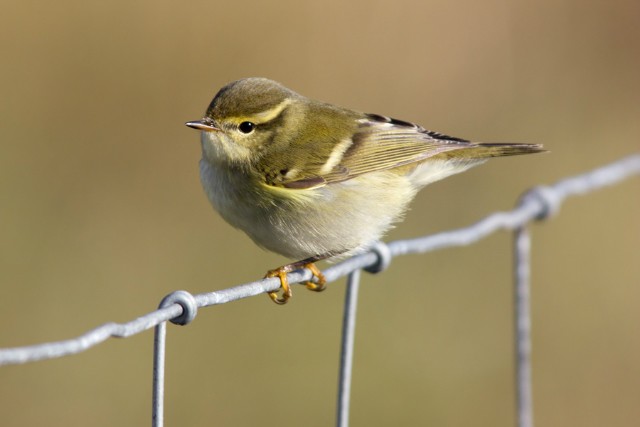 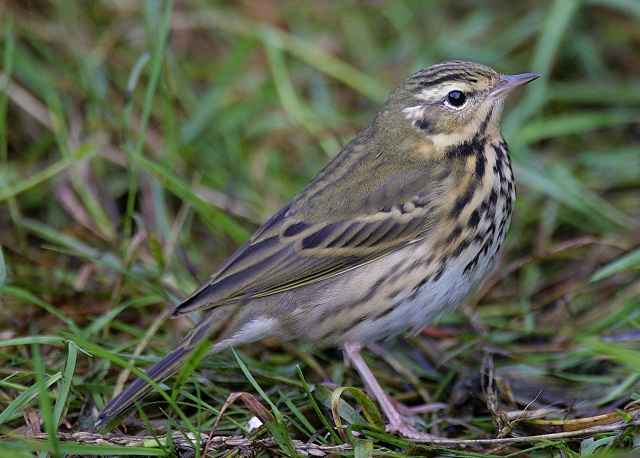 The steppe and desert habitats of this enigmatic region brought us not one but two Daurian Shrikes — another excellent opportunity to learn emerging identification tips for a taxon of Isabelline Shrike not even officially established on the British list. A rather pallid-brown Lesser Whitethroat was a team find that again had come from somewhere in the east; it sparked some excitement for visiting birders who came to see it and gave another opportunity to discuss the challenging issues of identification and taxonomy. 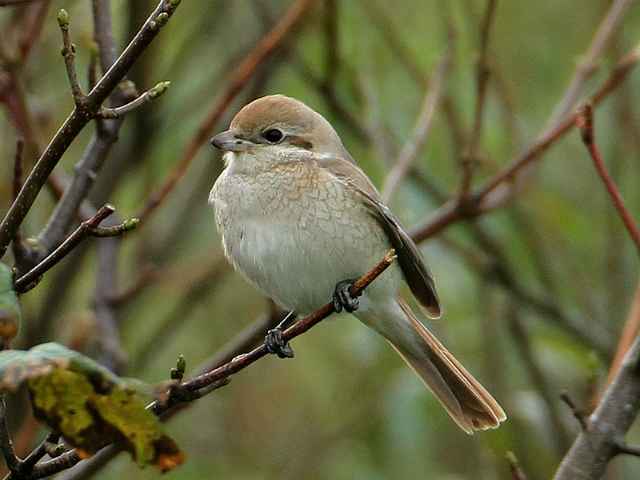 It's remarkable that a place as far north and as isolated as Shetland should receive rare birds from the southeastern corner of Europe. An adult Lesser Grey Shrike was stunning with its pink underparts, thick black face-mask and chunky bill. It gave us the runaround before we finally caught up with it, but proved to be part of a most memorable day that also included the Surf Scoter, the white redpoll from Iceland, and newly arrived Black-headed Bunting. The latter, also from southeastern Europe, brought another challenging identification. 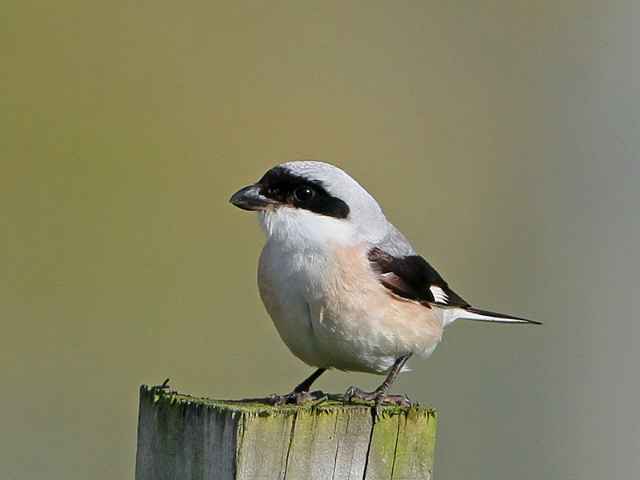 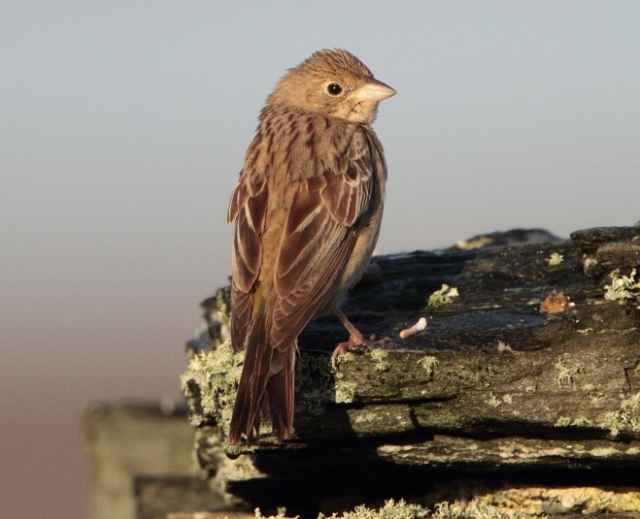 Besides the birds, the rugged and beautiful Shetland scenery was a daily pleasure and in both weeks we managed to see the elusive Otters. One special treat was an Aurora Borealis watch at 3 o'clock in the morning for one group, never guaranteed but always a possibility. 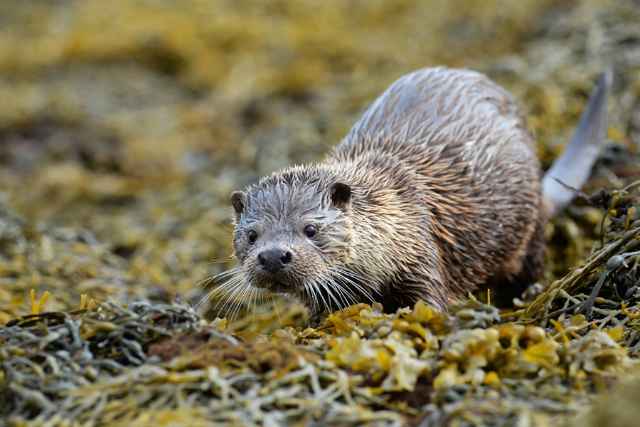 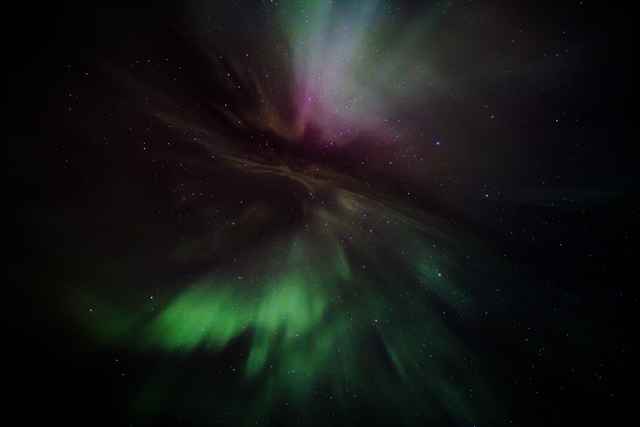 While the list of birds was once again a top-drawer collection, it was the team atmosphere each day that kept putting wind in the sails of our birding adventures: plenty of laughs, a willingness to learn together, and a constant effort to find our own birds as well as go and see the star finds of others. Accommodation was top notch and gave us the opportunity for the very keenest to go birding even before my bowl of porridge or the full English (sorry, Scottish!) breakfast of others. Snacks continuously available around a filling mid-day lunch, and an evening beginning at the bar followed by a three-course dinner and lots of laughs, made every day memorable. 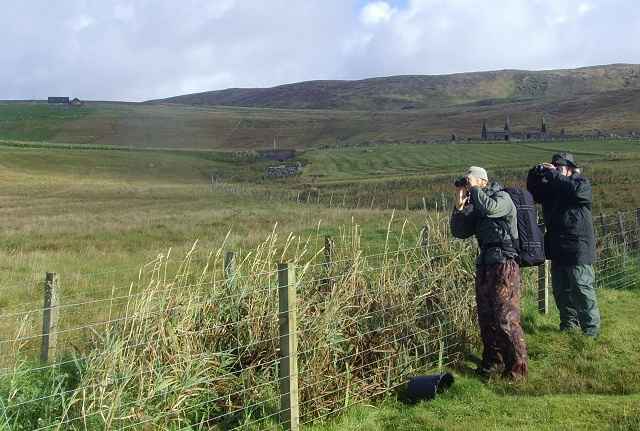 So ends another excellent autumn of guiding for Shetland Nature with a bunch of folk who were a blessing to be with. What will 2012 bring?

Also of note for those interested in birds on Shetland, the 2010 Shetland Bird Report is now available. To purchase your copy, send a cheque payable to "Shetland Bird Club" to Rob Fray, Sunnydell, Virkie, Shetland ZE3 9JS or email robfray@btinternet.com for further details. Cost is £10 including p&p.

If you buy a 2010 Report you also get a complimentary membership to the Shetland Bird Club (details in the Report). 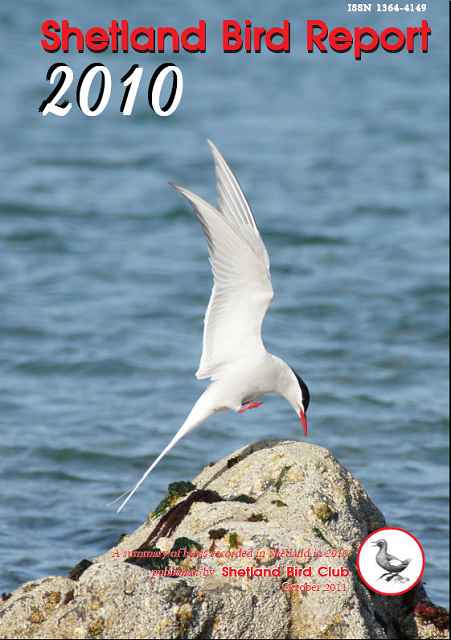