A new era on Fair Isle

To many birders, Fair Isle all about southeasterly winds in September and October and the sort of vagrants that the island is famed for turning up more or less every year: Pechora Pipit, Lanceolated and Pallas's Grasshopper Warblers, Yellow-breasted Bunting — where else in Britain would you go to see them? Even elsewhere in Shetland the chances are significantly reduced. Moreover, the island's track record with the monumentally unexpected is second to none, and there have been no fewer than three firsts for Britain during the tenure of current warden Deryk Shaw. 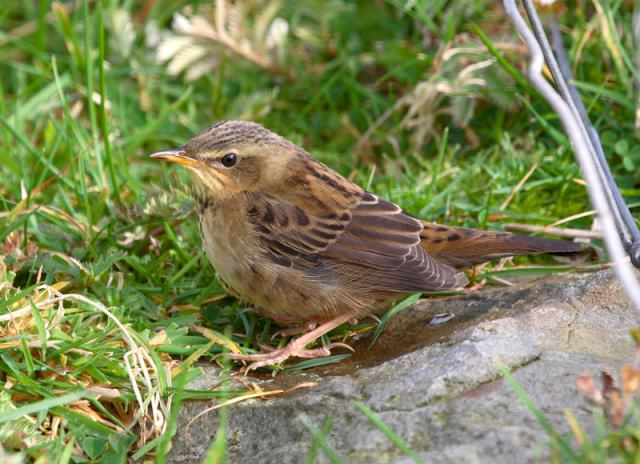 But life on Fair Isle is much more than rare migrants in spring and autumn. The island is owned by the National Trust for Scotland, and is world famous for its internationally important seabird populations, for its spectacular coastal scenery, its marine and archaeological heritage, and as a thriving centre for local arts and crafts — as well as cryptic Siberian Locustellas. There is a vibrant local community of around 70 residents, with a primary school, a shop and a resident nurse.

Fair Isle Bird Observatory (FIBO) is owned and run by Fair Isle Bird Observatory Trust, an independent, non-profit-making charity. FIBO was established in 1948 by the eminent Scottish ornithologist George Waterston. Its original aims — to carry out ornithological studies and research; to provide accommodation, interpretation and education for visitors; and to assist the economic well-being of the island — remain among its core objectives today. The daily census of migrants in spring and autumn is only one aspect of the varied work-plan of the FIBO warden. Monitoring the island's seabird populations (everything from Gannets and Great Skuas to Arctic Terns, Storm-petrels and Black Guillemots) is just as important as the migration work, while supporting a thriving programme of academic researchers is also a high priority. And the education and interpretation aspects of the job are becoming ever more crucial — overall visitor numbers have risen significantly in the past two decades, and 'heavy birders' are no longer in a majority. 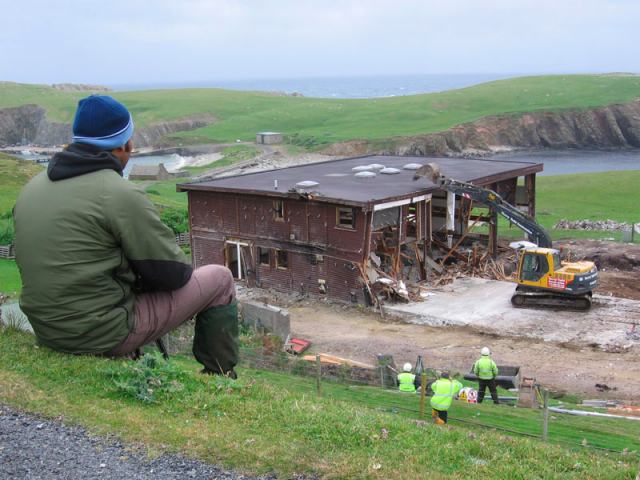 The end of the old Observatory (Photo: Jane Reid)

The current Observatory is housed in a fabulous, brand-new building to which the final touches are being applied as I write. This third-generation Obs is purpose-built and designed to be a functional and environmentally friendly facility, yet it is also a stunning building in a spectacular setting. It will deliver full-board, en-suite accommodation and facilities for visitors between April and November as well as being home to seasonal staff and visiting researchers. 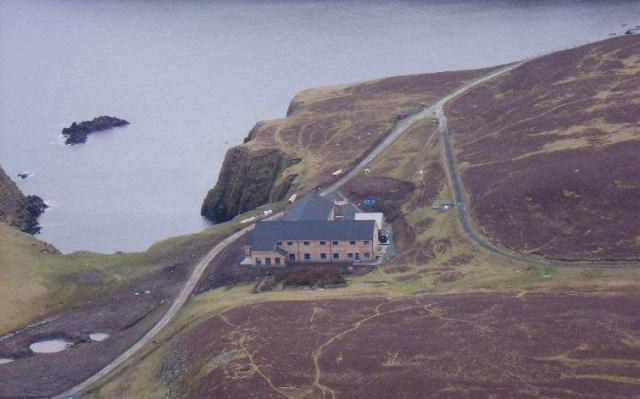 But, before you get the wrong idea, this isn't an advert for visitors to the 'new Obs' (although visitors are warmly welcomed, and if you've never been before visit www.fairislebirdobs.co.uk for more details). It's much more significant than that. Deryk Shaw and his wife Hollie, who have been an outstanding warden and administrator respectively for the past decade, have decided that 2010 will be their last year at the Obs. The Trust is thus searching for highly motivated and responsible applicants for the posts of warden and administrator.

The Warden and Administrator are responsible for the successful day-to-day operation of all Observatory functions, including ornithological work, guest house and other visitor services. The Warden coordinates the ornithological work and related staff (including the post of Ranger), while the Administrator overseas all visitor and accommodation matters, and staff employed in relation to those aspects. Both have significant roles in engaging with staff, islanders and visitors to Fair Isle. These are challenging and responsible posts, requiring considerable initiative, dedication and autonomy. They provide a unique opportunity to live and work in a setting of outstanding natural beauty, and exciting possibilities to spearhead the continuing development of a world-famous ornithological research station and visitor facility.

Traditionally, these two posts have been filled by a couple and it remains our preferred option to find an enthusiastic and well-qualified couple to fill these vacancies. However, credible single applicants for specific posts, and working partnerships, will be considered. The starting salary will be within the range £7,000-£10,000 per annum for each post, according to qualifications and experience. Note that salaries reflect the fact that free board and lodging is provided, together with use of Observatory vehicles. 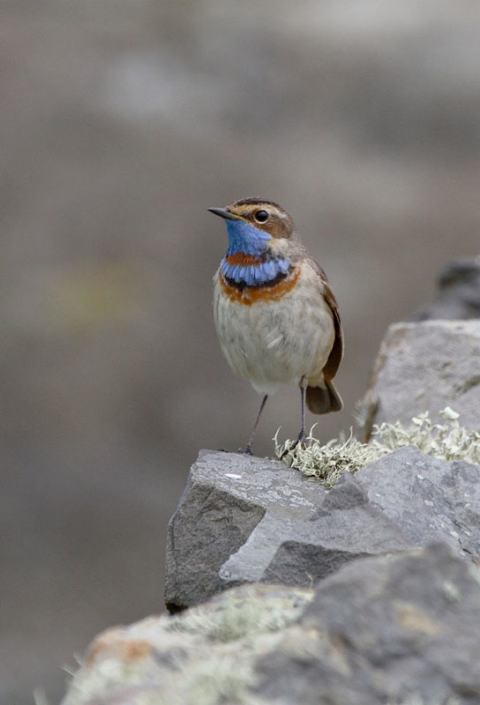 Applicants are required to be in post no later than February 2011. Closing date for applications is 5th July; interviews will be held on Fair Isle in late August 2010. For more details and an application form, contact Roger Riddington (tel 01950 460080, editor@britishbirds.co.uk). These are dream jobs for applicants with the right blend of experience, dedication and enthusiasm!