At the beginning of the year, I was offered the chance to attend the 5th Eilat Spring Migration Festival, running from 20th–27th March. My holiday package was booked through WildWings and on the evening of 19th March I left Heathrow bound for Tel Aviv aboard an overnight El Al flight. From there, it was a short hop down on an internal flight to Eilat.

The festival was based in the wonderful Hotel Agamin and, as with all good trips, the birding started at the hotel door. Species such as Spectacled Bulbul, Laughing Dove, House Crow and the stunningly beautiful Palestine Sunbird all resided within the hotel grounds and raptor passage, too, was conspicuous in the skies above the hotel. 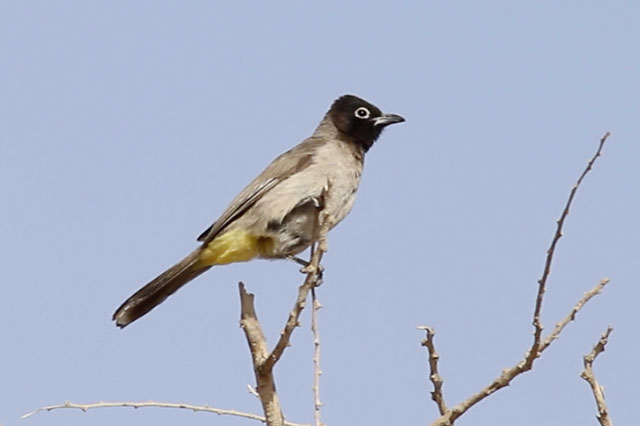 The list of festival trips was certainly varied and there was something for everyone, be it a short morning trip to the Eilat mountains via the IBRCE ringing station, a full day in the southern Dead Sea area, or a night-time outing to catch up with the region's owls and nightjars. I'd signed up for a full week's worth of tours — a tiring choice, but certainly not one that I regretted.

The tour groups were small, sometimes as few as six people, and with groups of that size it made it easy to tailor trips to suit individuals. If you were missing a particular species, the guides would fit in a detour to find the species or if, like I did, you felt the need for an ice-cream, a stop at a shop was easily arranged. The tour leaders were far more than just route planners, though. They provided a wealth of knowledge, always friendly, always happy to answer even the most obscure of questions and were quite possibly some of the best birders I have ever had the pleasure of being in the company of. I really can't praise each one of the festival tour leaders highly enough.

And what of the birds? The highlights are too numerous to mention — the week's trip list tallied up at close to 225 species. There were those hard-to-find birds that brought about a certain degree of satisfaction upon seeing them — Lichtenstein's Sandgrouse, Hume's Tawny Owl, Pharaoh Eagle Owl, Nubian Nightjar and Striolated Bunting — there were the comical and tame Arabian Babblers, the jewel-like Little Green Bee-eaters, the ubiquitous Blackstarts, Graceful Prinias and Spur-winged Plovers — the list goes on. For those with an interest in eastern subspecies, the tours also offered the chance to catch up with the likes of Caspian Stonechat, niloticus Woodchat Shrike, Steppe Buzzard and Yellow Wagtails and Lesser Whitethroats of every flavour. The deserts provided Macqueen's Bustard, Thick-billed Lark, Cream-coloured Courser, Pin-tailed Sandgrouse and Mourning Wheatear, whilst the sewage pools and saltpans attracted Citrine Wagtail, Broad-billed Sandpiper, Marsh Sandpiper, and Little Crake. Migrants were everywhere, above and below, with Eastern Bonelli's Warblers in the trees and Steppe Eagles, Egyptian Vultures and Black Storks overhead. Two Ménétries's Warblers, a female Semi-collared Flycatcher and an Oriental Skylark added some identification interest to proceedings. 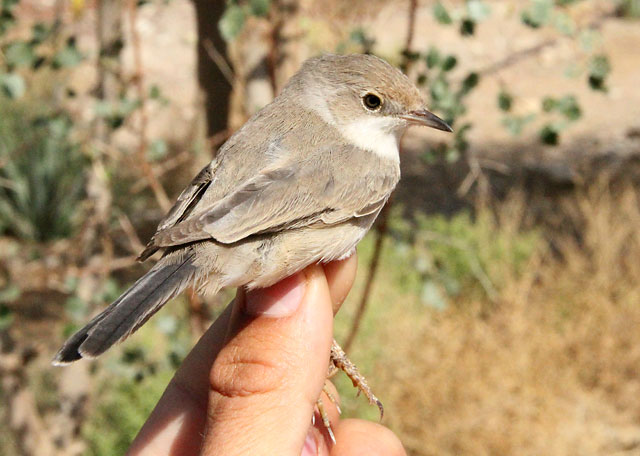 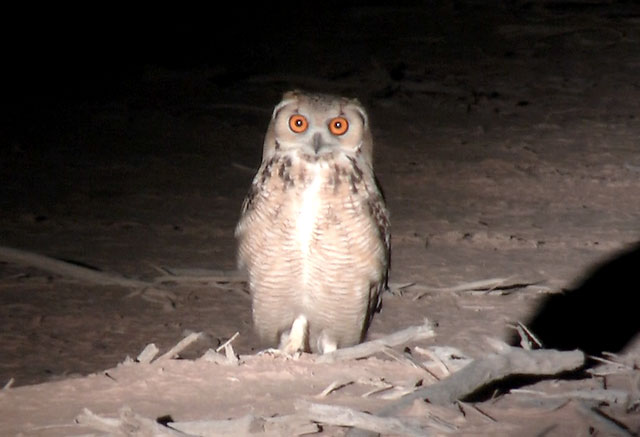 The festival provides the perfect reason to visit this wonderful country. With all of the trips planned out and the expert guides on hand, you can sit back, relax, and enjoy the birding. There are a few things I learned whilst in Israel that might be useful to know for any would-be festival goers. Airport security is thorough; very thorough! Be prepared to stand in line for quite a while, answer a host of questions and have your bag searched from top to bottom. I had 90 minutes to catch my connecting flight from Tel Aviv to Eilat and 87 of those minutes were spent at security. That said, I found the security staff to be very friendly; far friendlier than the security staff I've come across whilst travelling in other countries.

It's also worth remembering that Israel has a very visible army presence. Border patrols and checkpoints are dealt with by the festival staff, so there's nothing to worry about there, and occasionally you come across an off-duty soldier on his way back to the barracks with a semi-automatic weapon casually slung over his shoulder: an odd sight at first but something you get used to. The areas we travelled to felt very safe, and never did I feel at all intimidated by the military presence. 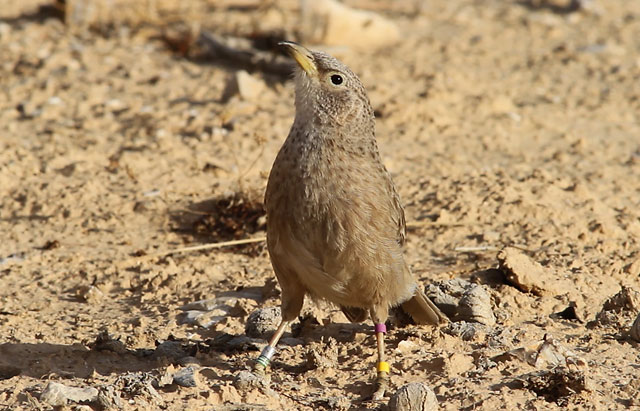 According to our car thermometer, temperatures on the Dead Sea tour reached 38°C, whilst on one morning in the Uvda valley they dropped as low as 9°C, with a chilly wind. Plenty of water, a hat and some strong sun-cream are essential, and carrying something warm to pull on when it gets chilly is a handy thing to have. 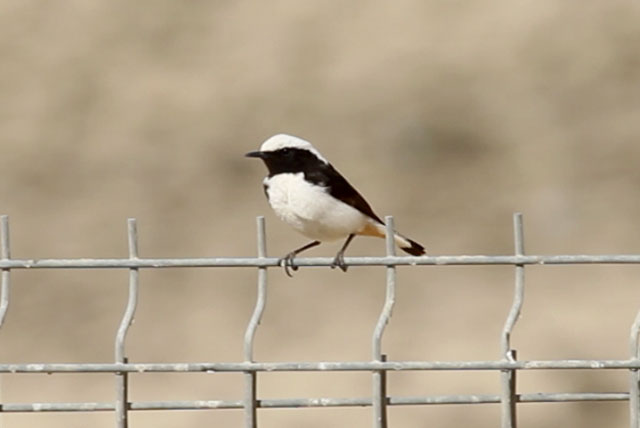 Despite what you might hear elsewhere, I found nowhere that New Israeli Shekels weren't the preferred currency. Food is pricey, but since the festival package is half-board (with a packed breakfast if needed and/or chance to swap evening meal for lunch if you're not going to be back in time) there's never really the need to have to eat out.

If I had to pick one bad thing about the festival? Easy. It makes birding in the UK seem so dull!

Next year's spring migration festival will again take place at the end of March and comes highly recommended. And for those who can't wait that long, there's always this winter's Hula Valley festival to consider in the meantime...

During my time in Eilat, I kept a day-to-day video diary. The idea was to give a real feel for how things were 'on the ground'; all of the footage in the videos was filmed on the day in question. You can view all the videos from my eight days in Israel on the BirdGuides blog.